On one side, you see Spider-Man with his backpack walking alongside Jughead Jones and Daenerys Targaryen. A little further, you see Darth Vader having a nice conversation with Princess Leia, Han Solo and Obi-Wan Kenobi (which was probably something you only read in fanfiction). Behind you, you hear The Doctor arguing with Naruto about which Marvel show on Netflix was better. And then there were five T-Rexes having a lightsaber battle in the middle of the floor.

Welcome one, welcome all, to AsiaPOP Comicon Manila 2018.

The cold rains and sweltering heat over the weekend was no challenge for fans who lined up outside SMX Convention Center last July 27-29, 2018. Fandom culture is alive and well in Manila. People were already outside the convention centre as early as 7AM, checking social media and sipping coffee to get through the day. As soon as you enter the venue, you’re immediately bombarded by the lights and sounds of fan culture. 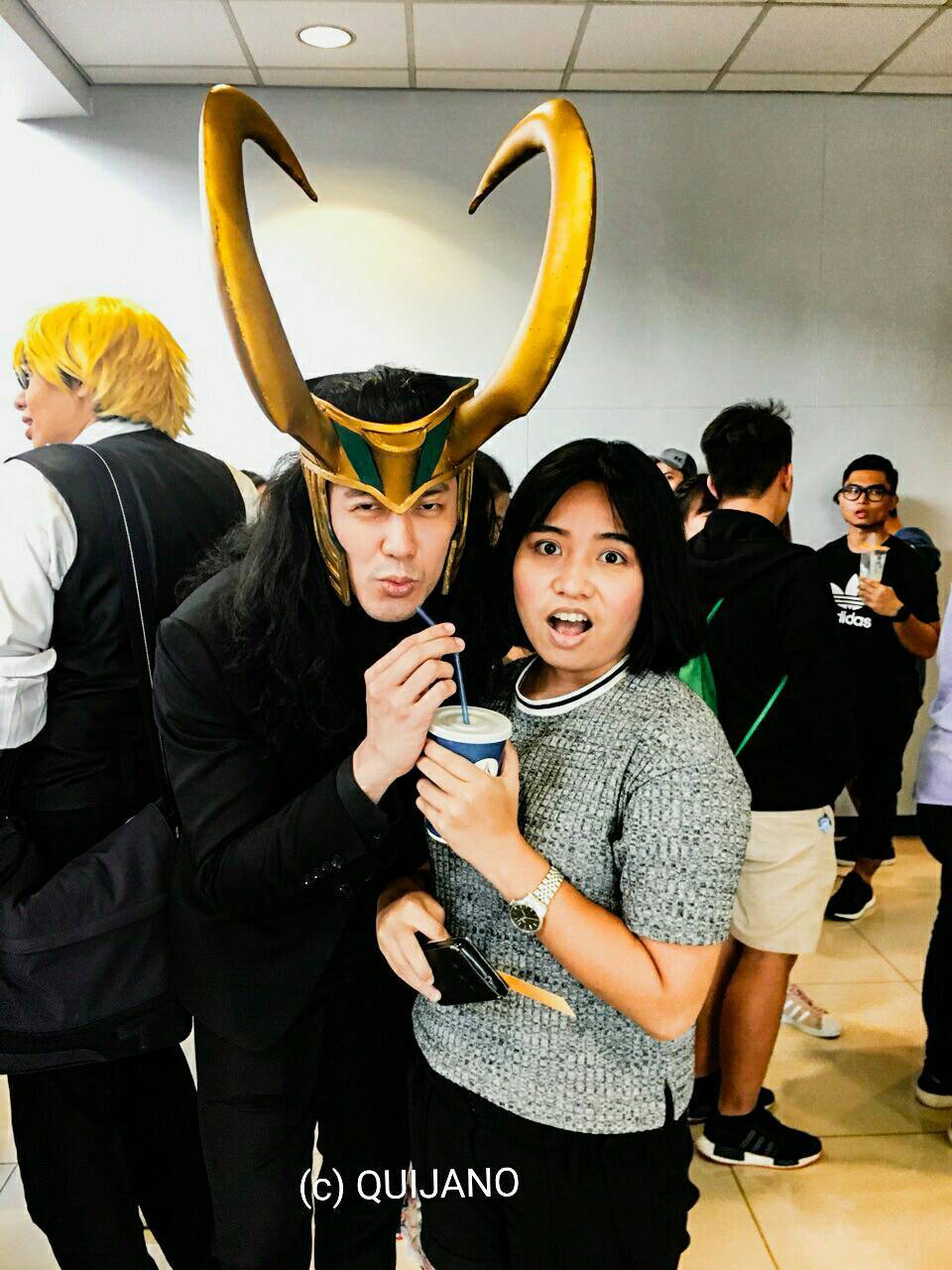 With one of the best Loki cosplayers I’ve seen in APCC.

This year, Netflix had the biggest booth, and definitely more interactive than last year. A third of the venue hall was dedicated to Netflix and we could see why. 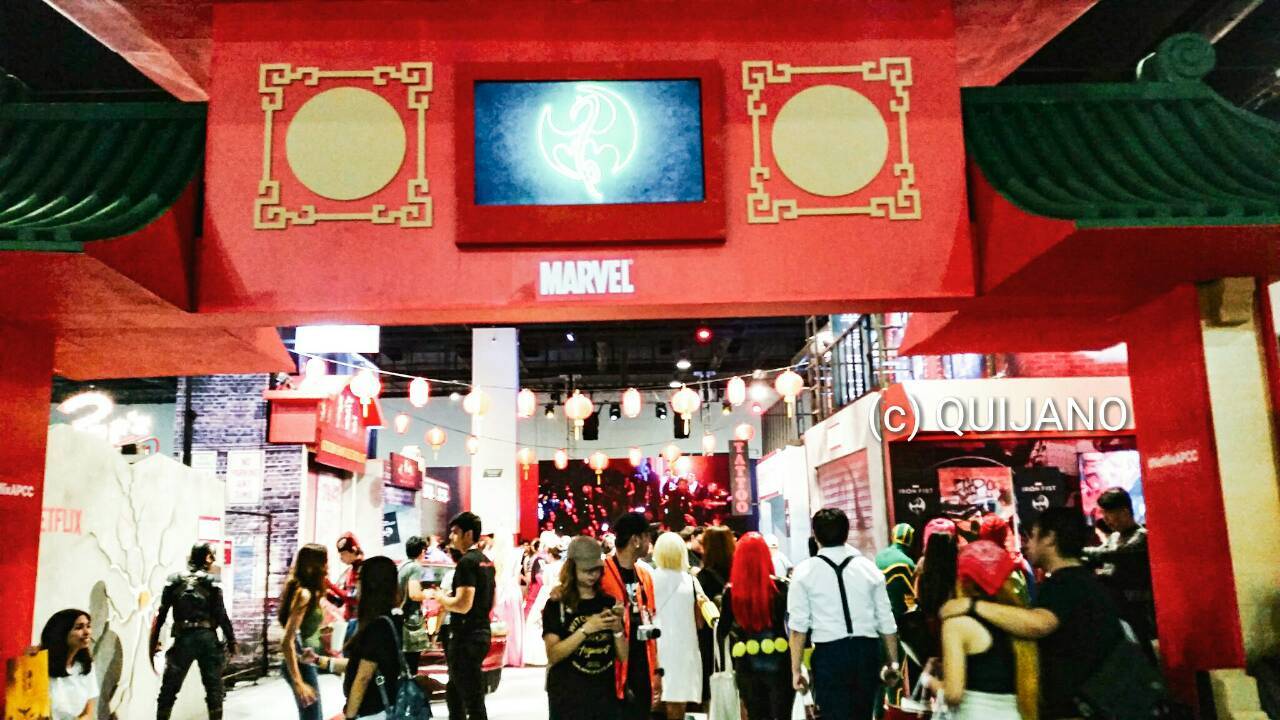 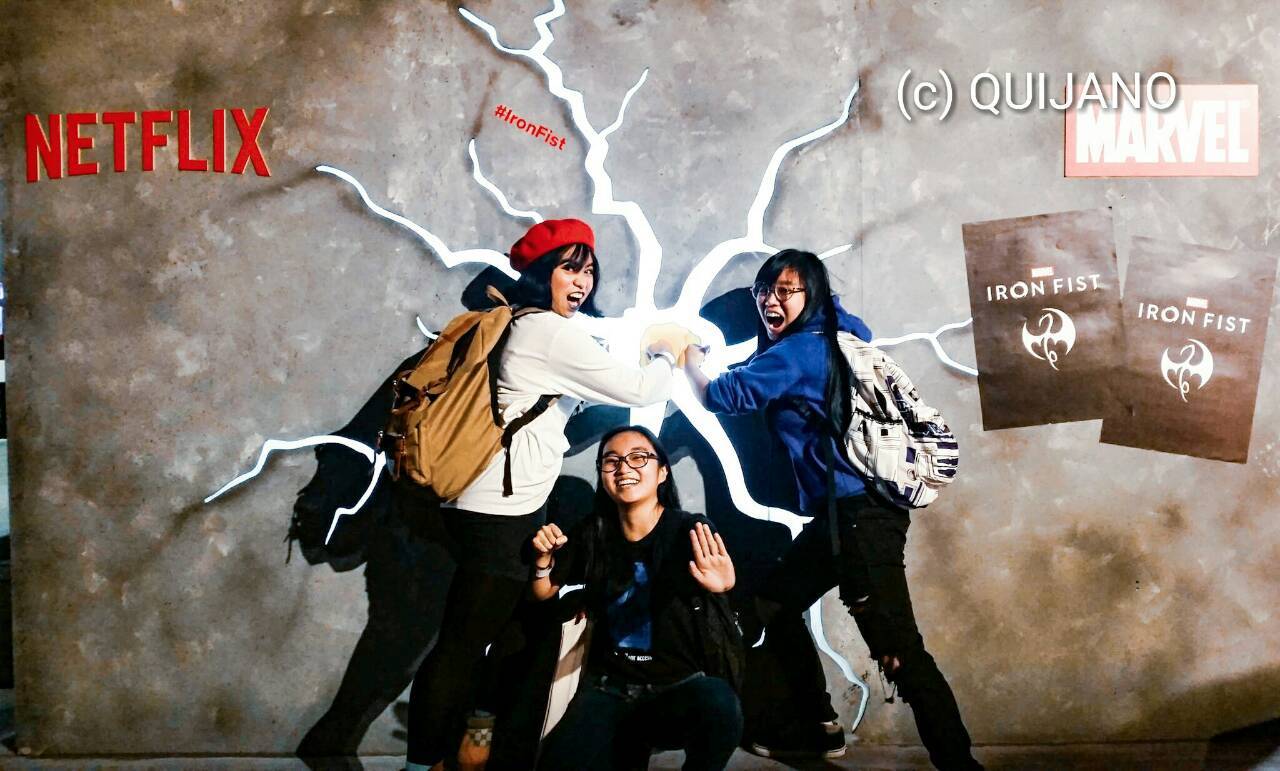 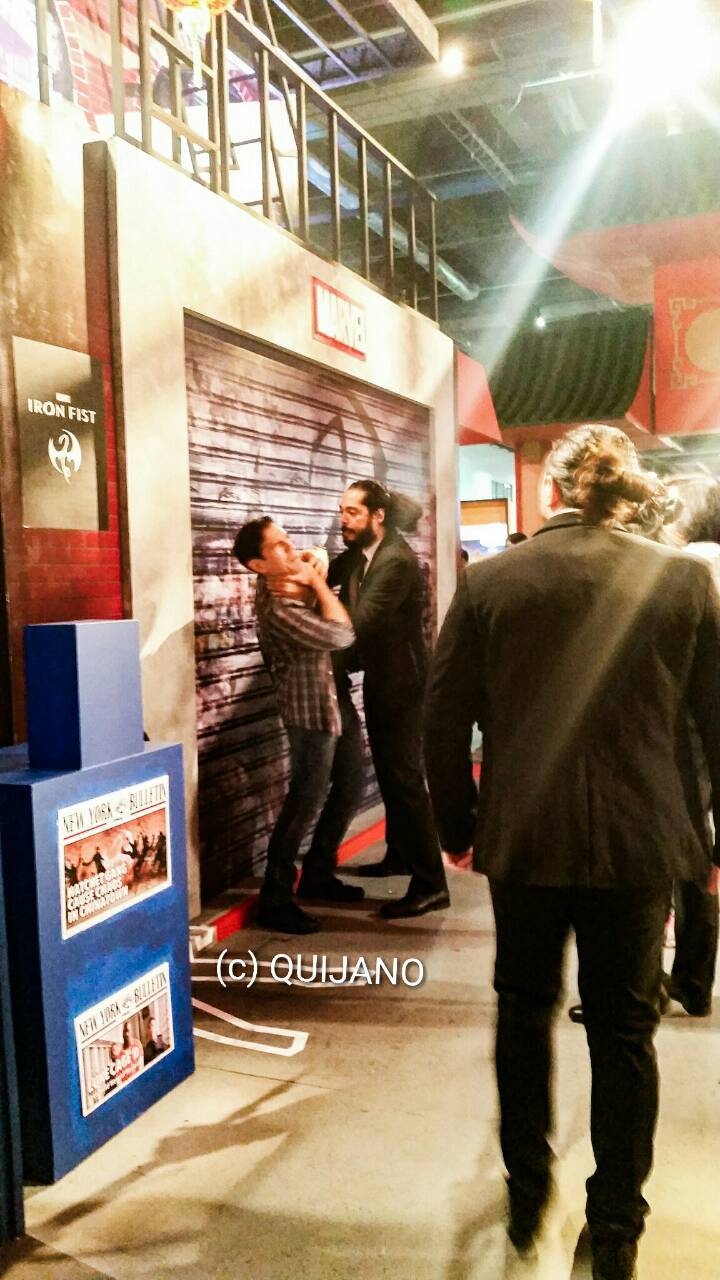 A “fight” happening in Chinatown. 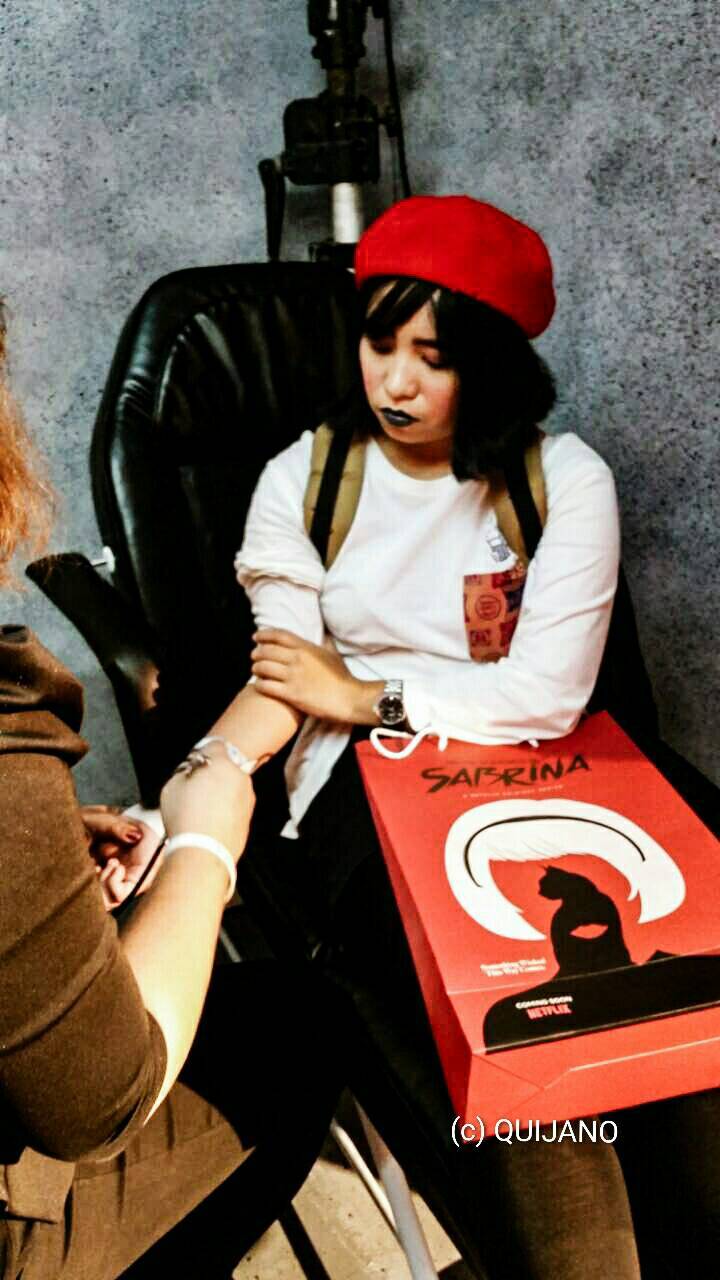 Getting inked with Shou-Lao The Undying. 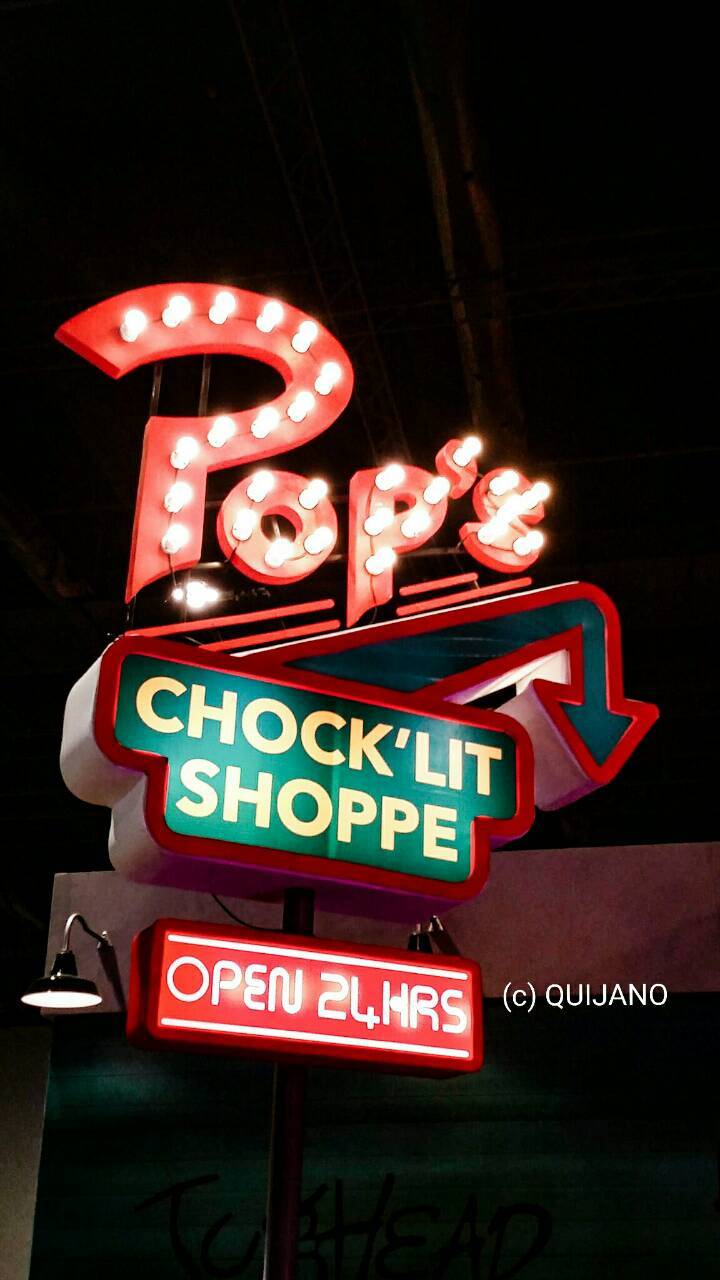 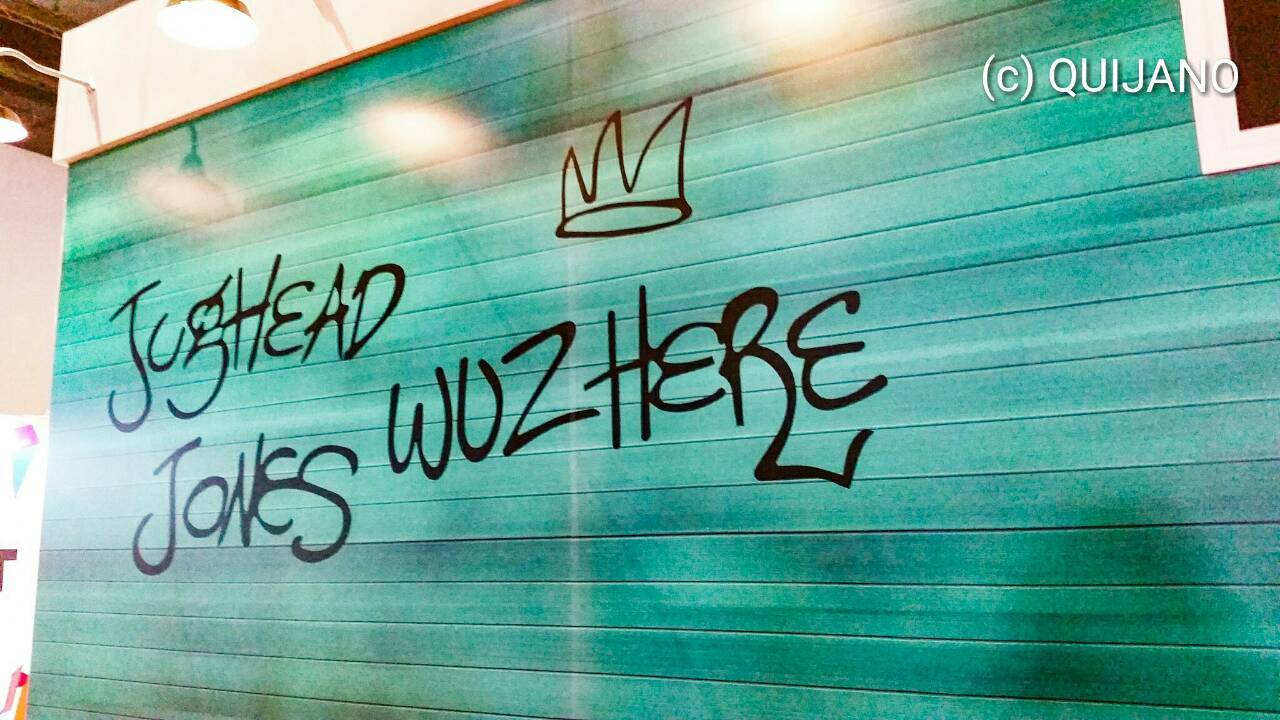 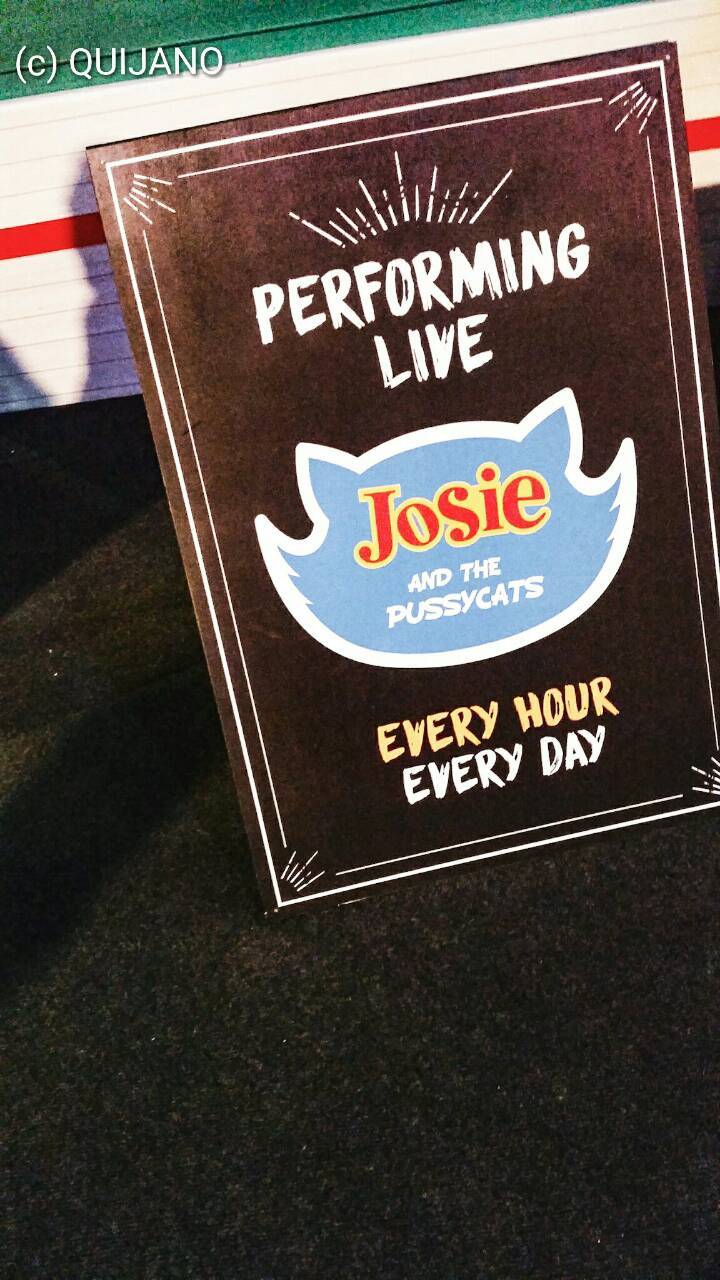 Josie and the Pussycats performance poster at Pop’s. 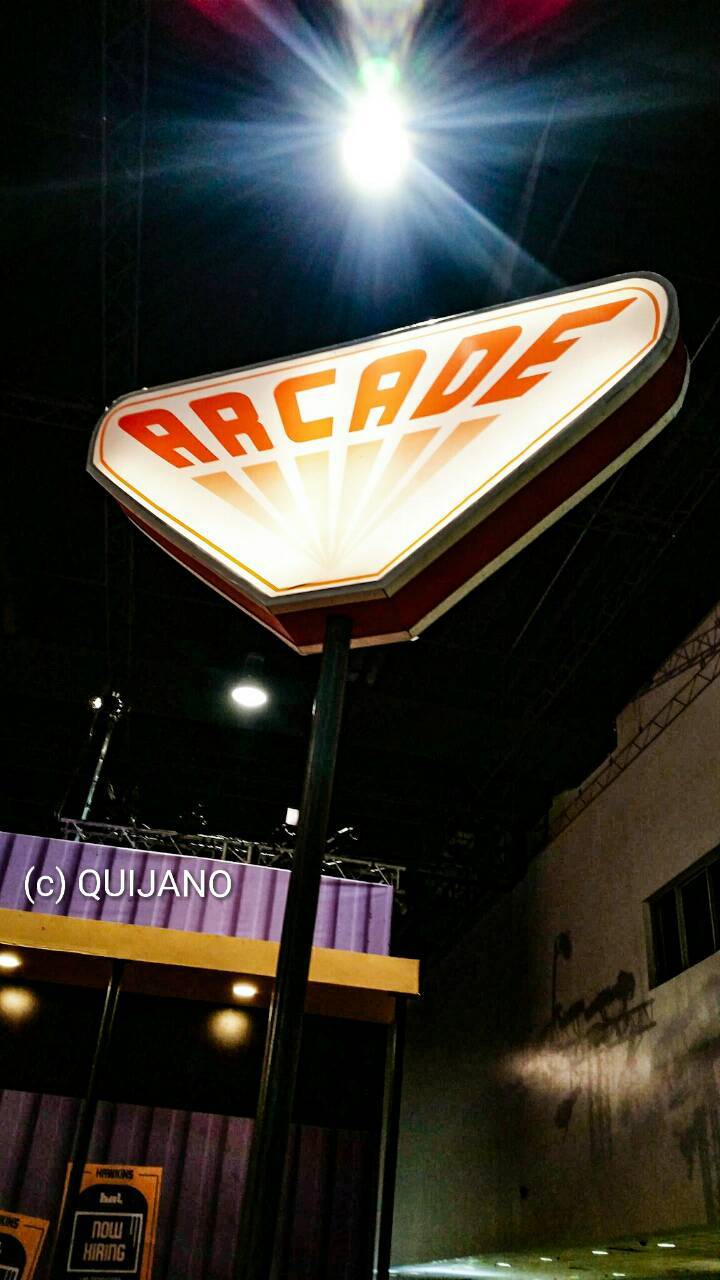 The Palace Arcade in Hawkins, Indiana. 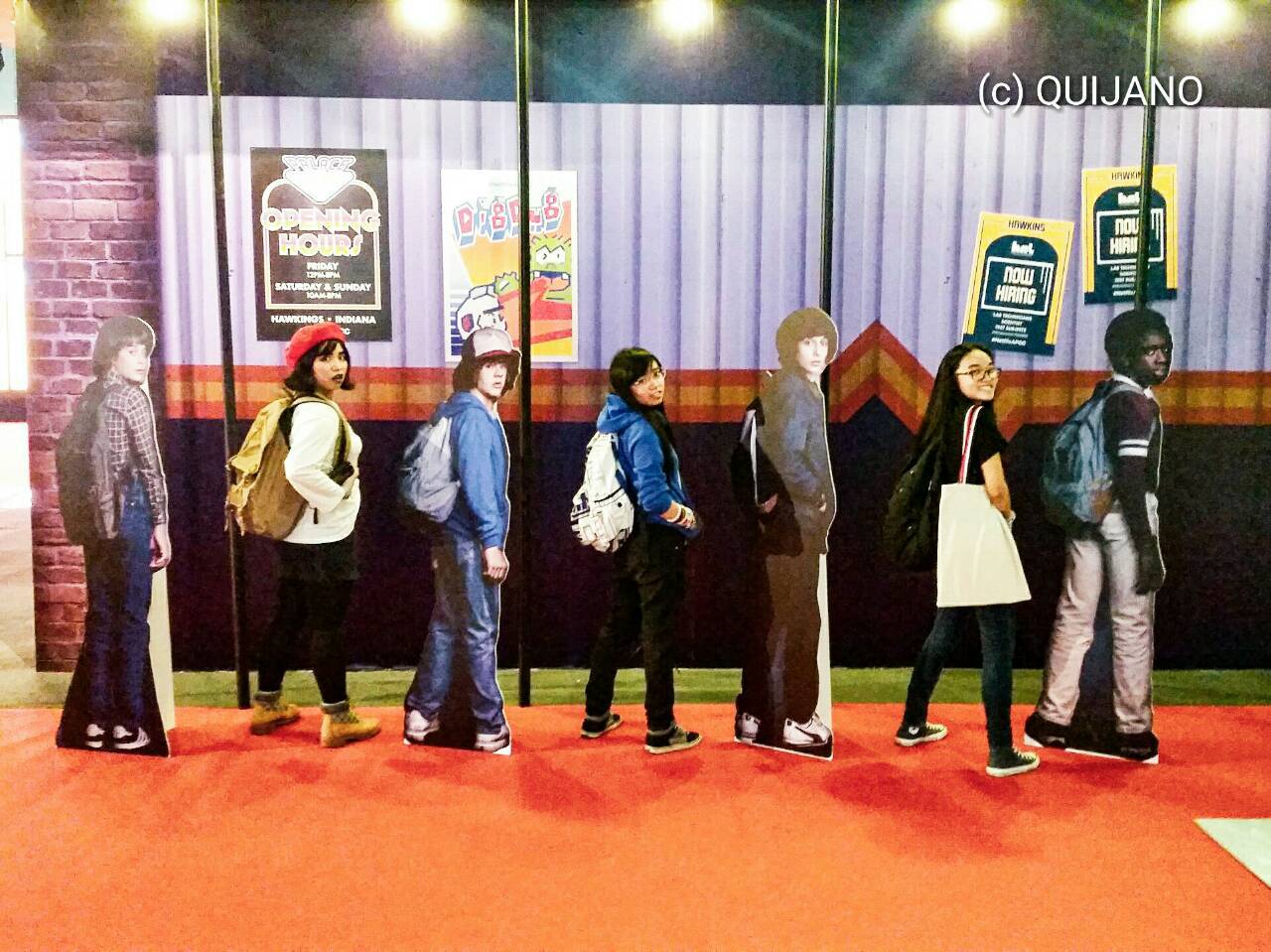 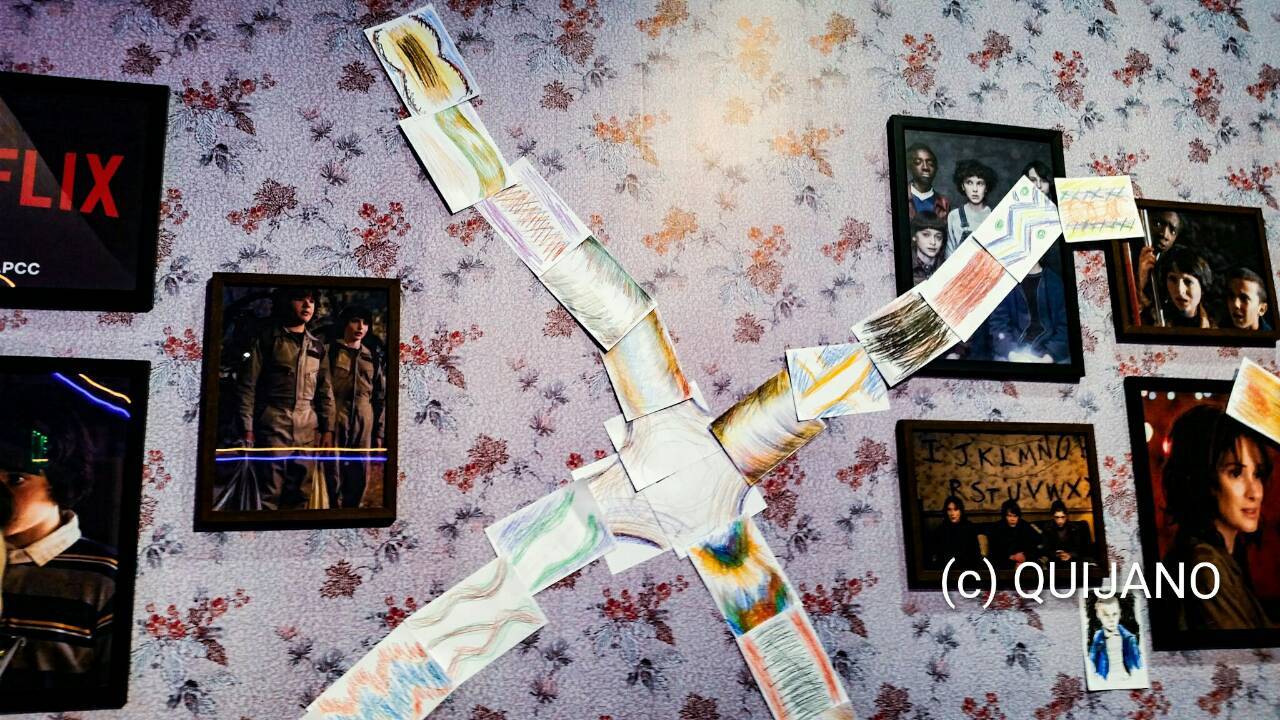 The wall of the Byers home. 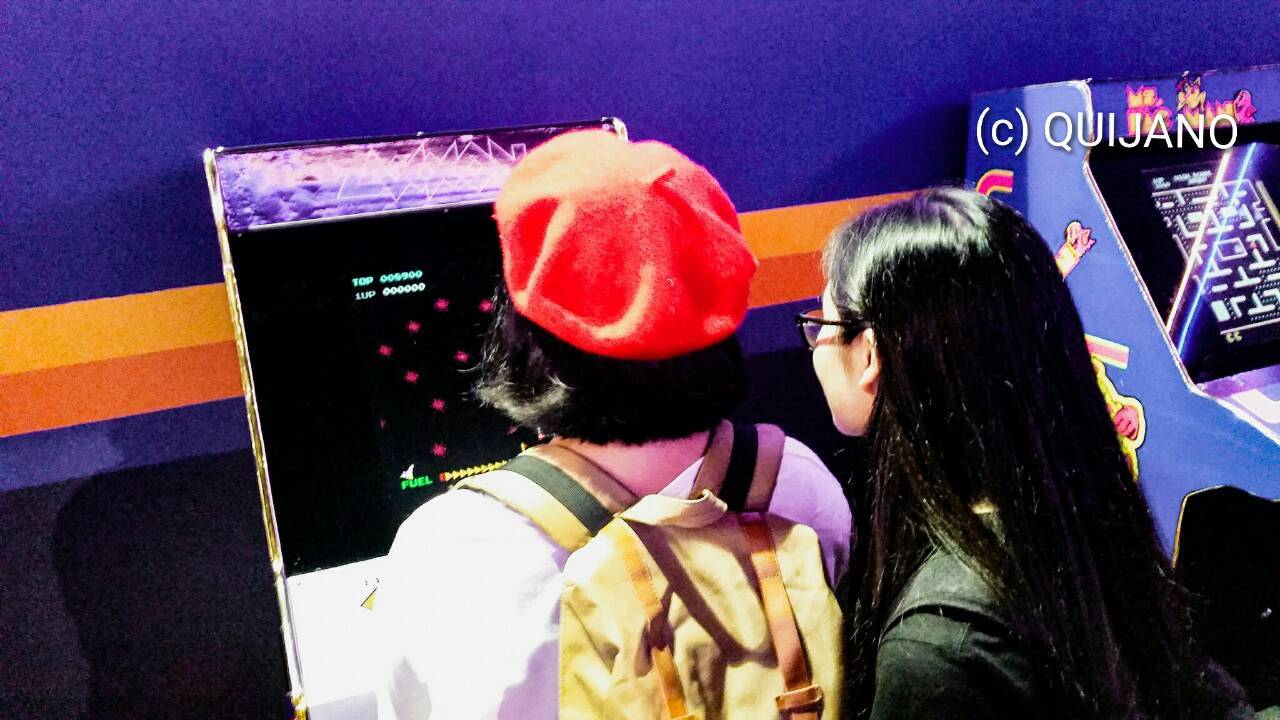 Playing games at the Palace Arcade. 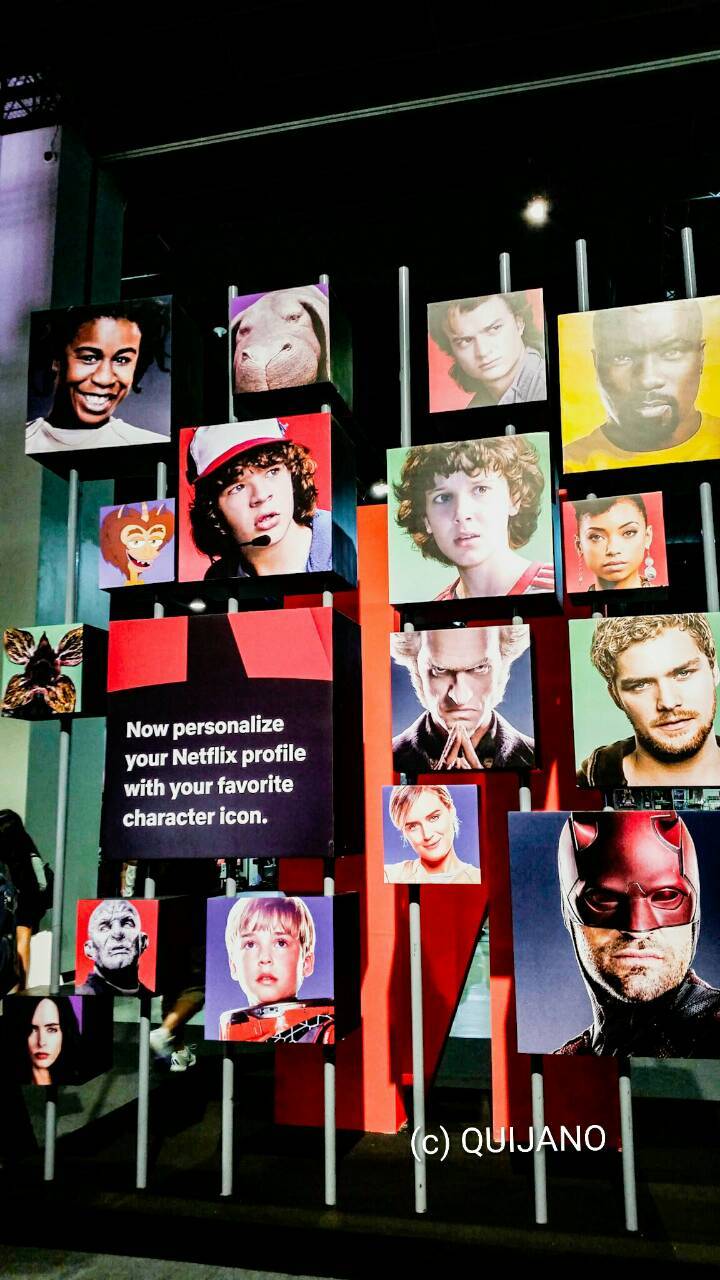 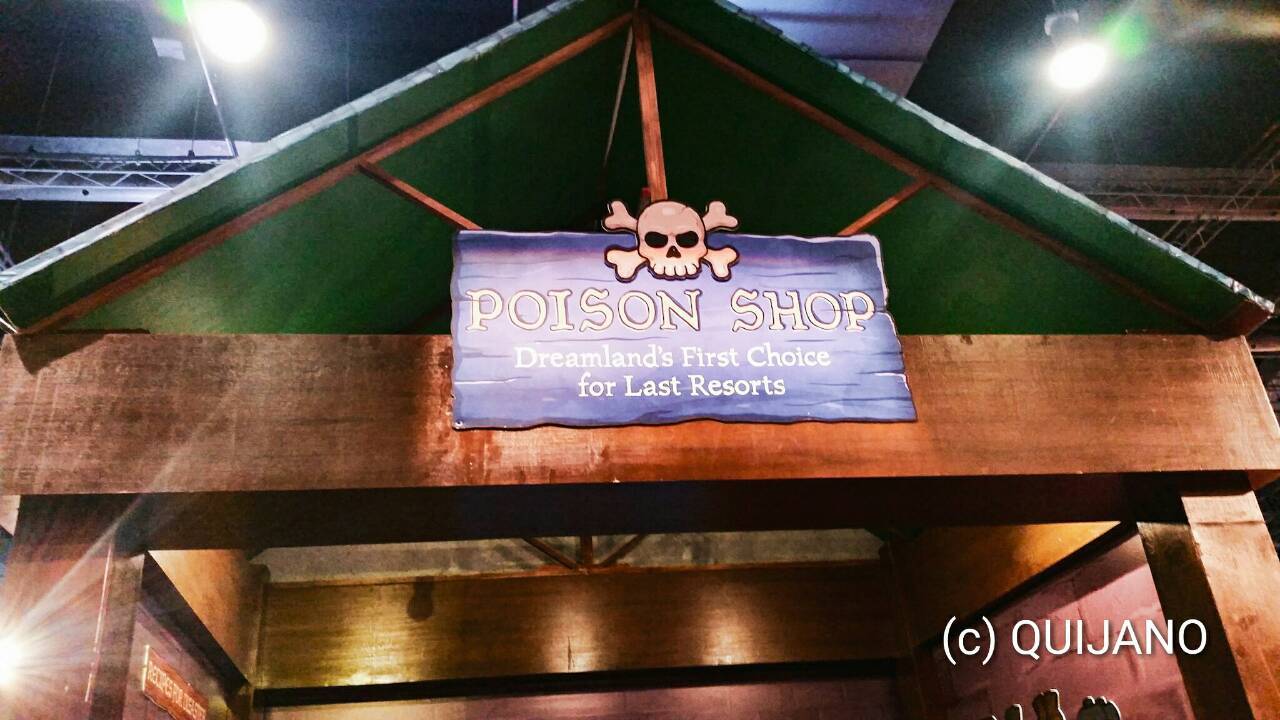 The Poison Shop from Disenchantment. 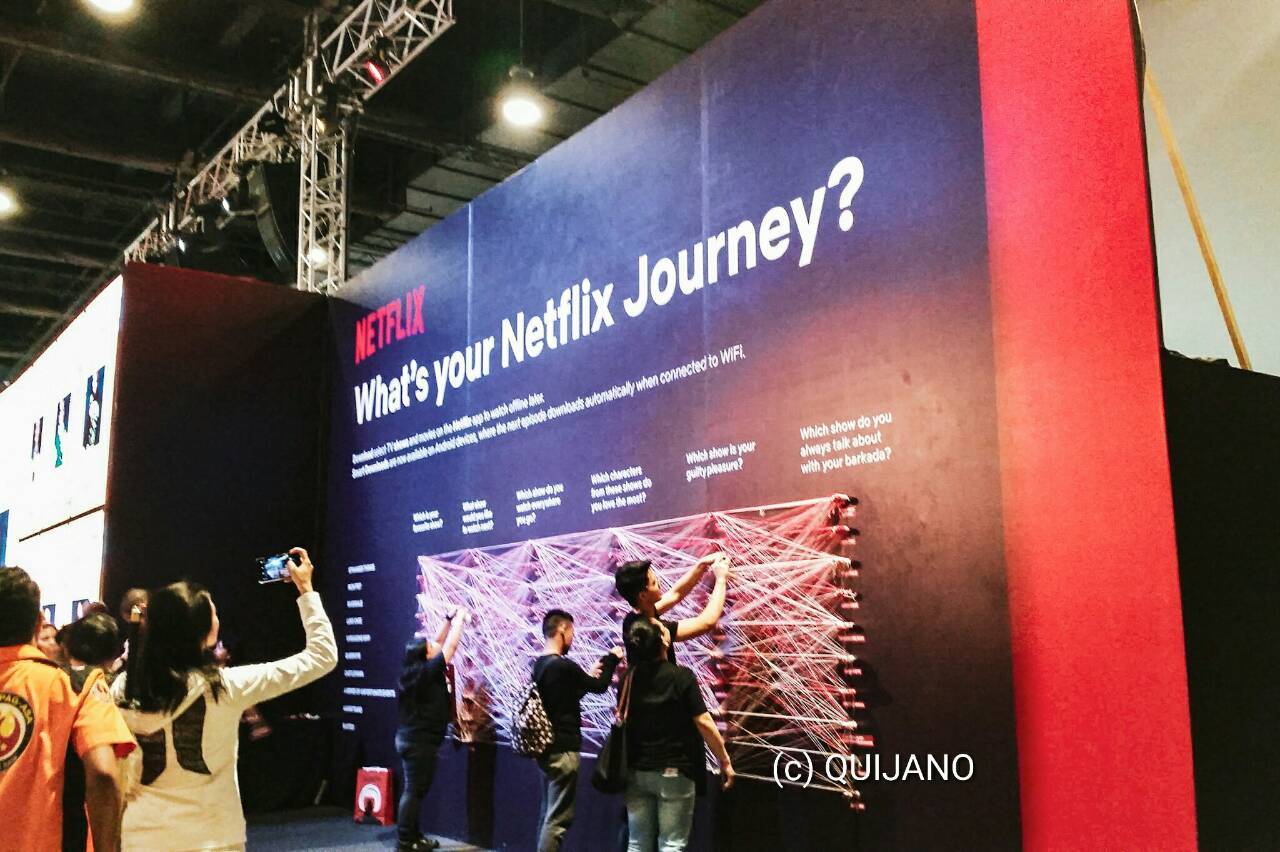 The Netflix wall showing which shows fans love and are excited for.

Hall N—which stands for Hall Netflix—gave us a glimpse of what’s in store for some of the shows to be shown on Netflix. Hosted by Magic 89.9’s Nikko Ramos, the whole program was fun and exciting. The audience was able to get glimpses of Godzilla and the second season of Castlevania, with Godzilla‘s Takashi Yoshizawa and Castlevania‘s Adi Shankar talking about the developments and progress anime has made over the years, as well as what everyone can expect from the shows. During the Luke Cage panel with Mike Colter (Luke Cage), Mustafa Shakir (Bushmaster), and showrunner Cheo Hodari Coker, much has been said about what has happened during the first two seasons of the show. Character development was the topic of the day, as well as the inner workings of the production. Finn Jones also joined the panel, describing the growing partnership of our heroes for hire, Luke Cage and Iron Fist. 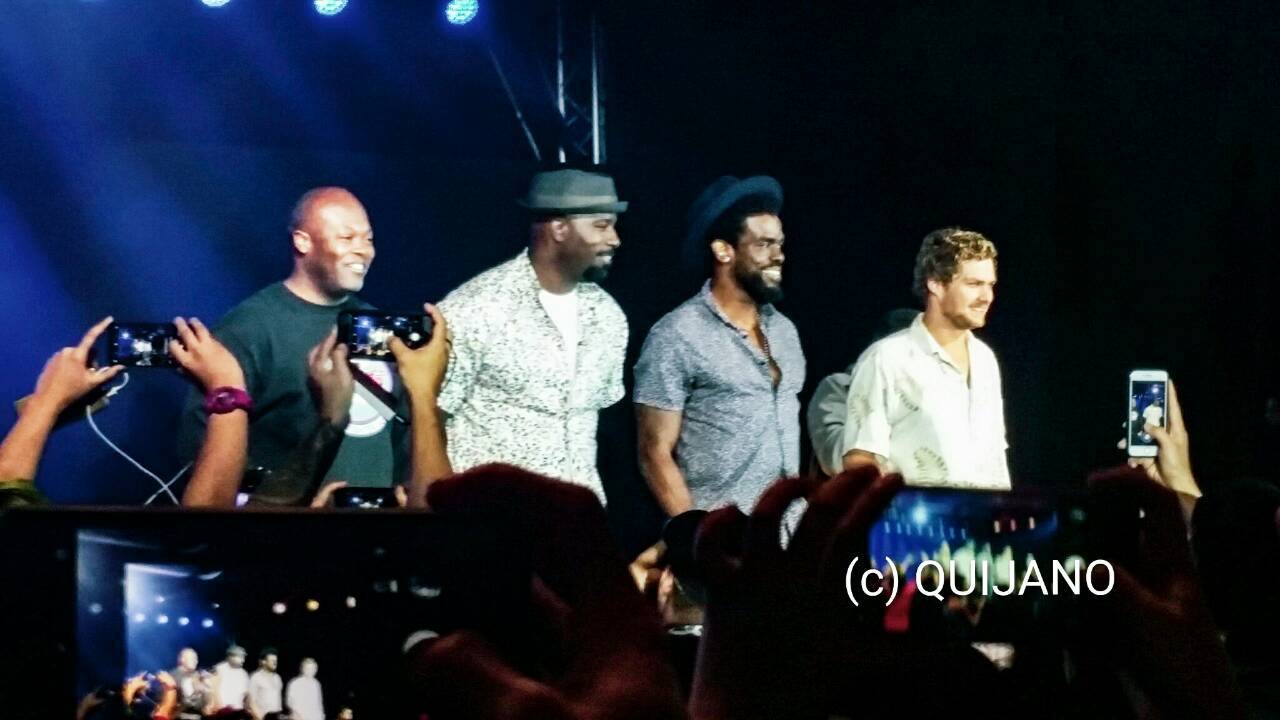 The Iron Fist panel was the last panel for Hall N, Finn Jones being joined by season two showrunner Raven Metzner. They revealed what they can reveal about the second season (definition: they revealed nothing), particularly on what has progressed for Danny Rand and the rest of the Iron Fist crew. But the biggest surprise from Hall N was the exclusive screening of the first episode of season 2 of Iron Fist. And from what we saw, the second season looks darker and definitely more promising. 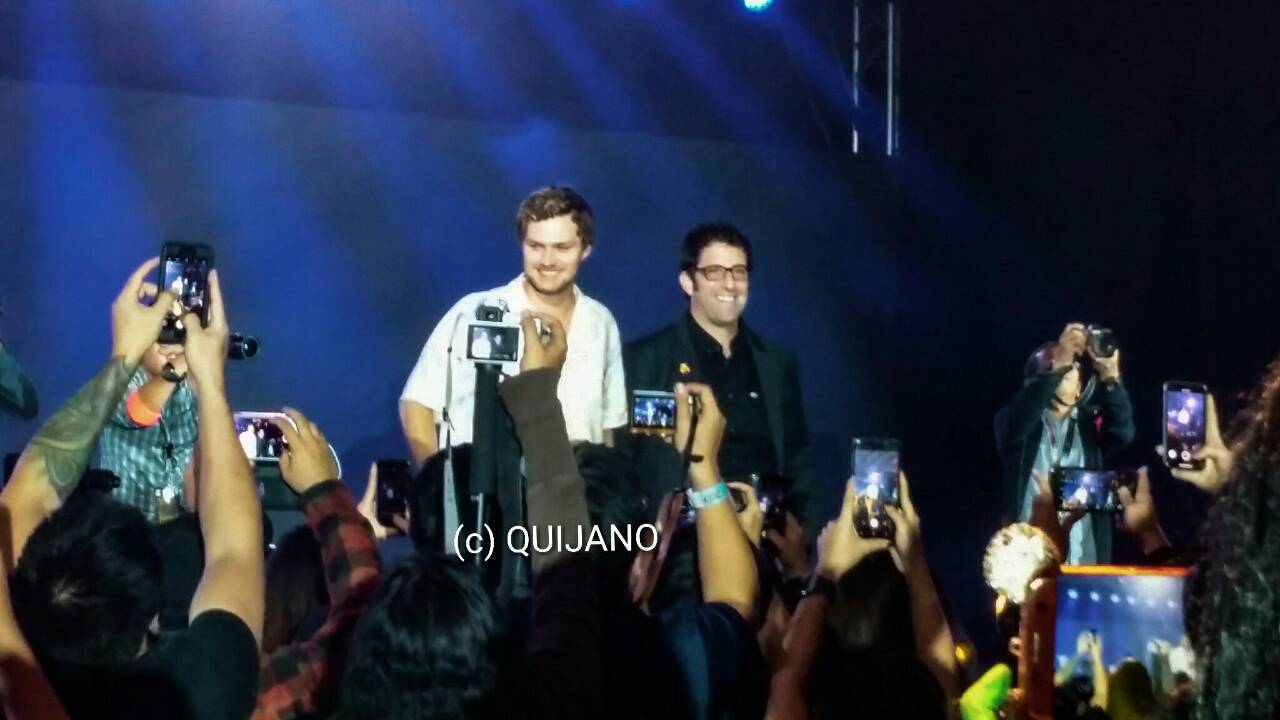 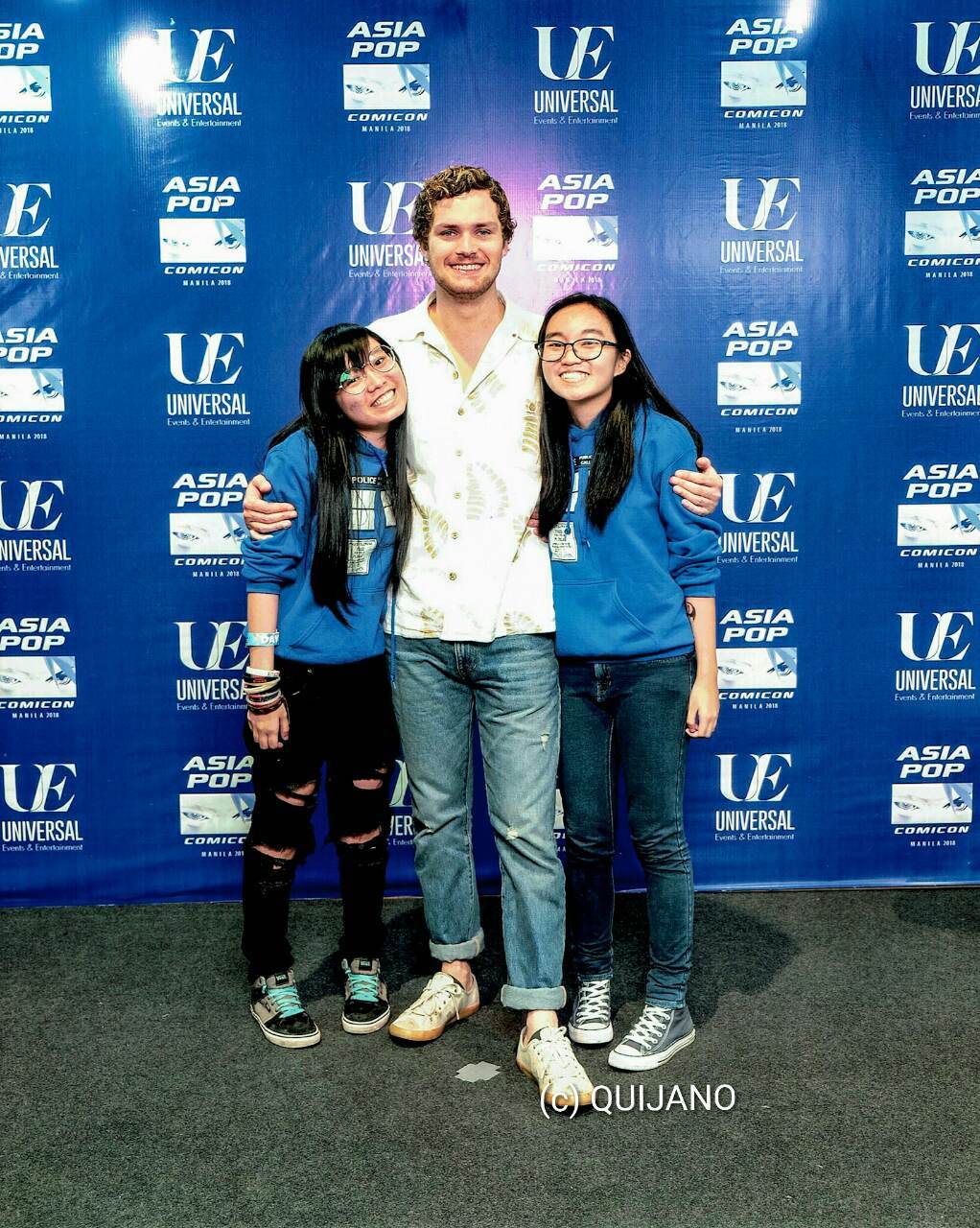 Sunday weather wasn’t as forgiving (it was 32°C at 8 in the morning) but it did not stop fans from lining up for hours. In any case, Hall M—meaning Hall Marvel—is one of the most anticipated features of APCC. And from what we’ve seen from the previews—from comics to animation to TV to games to film—Marvel and non-Marvel fans are in for a treat. The hype is real and we’re not even exaggerating that Marvel has just upped the ante for fandom culture. Hall D, or Hall Disney, came straight after Hall M. And just like that, Manila fans were able to get a glimpse of what Disney Studios is cooking up in the oven. Wreck-It-Ralph was definitely the highlight of Hall D. 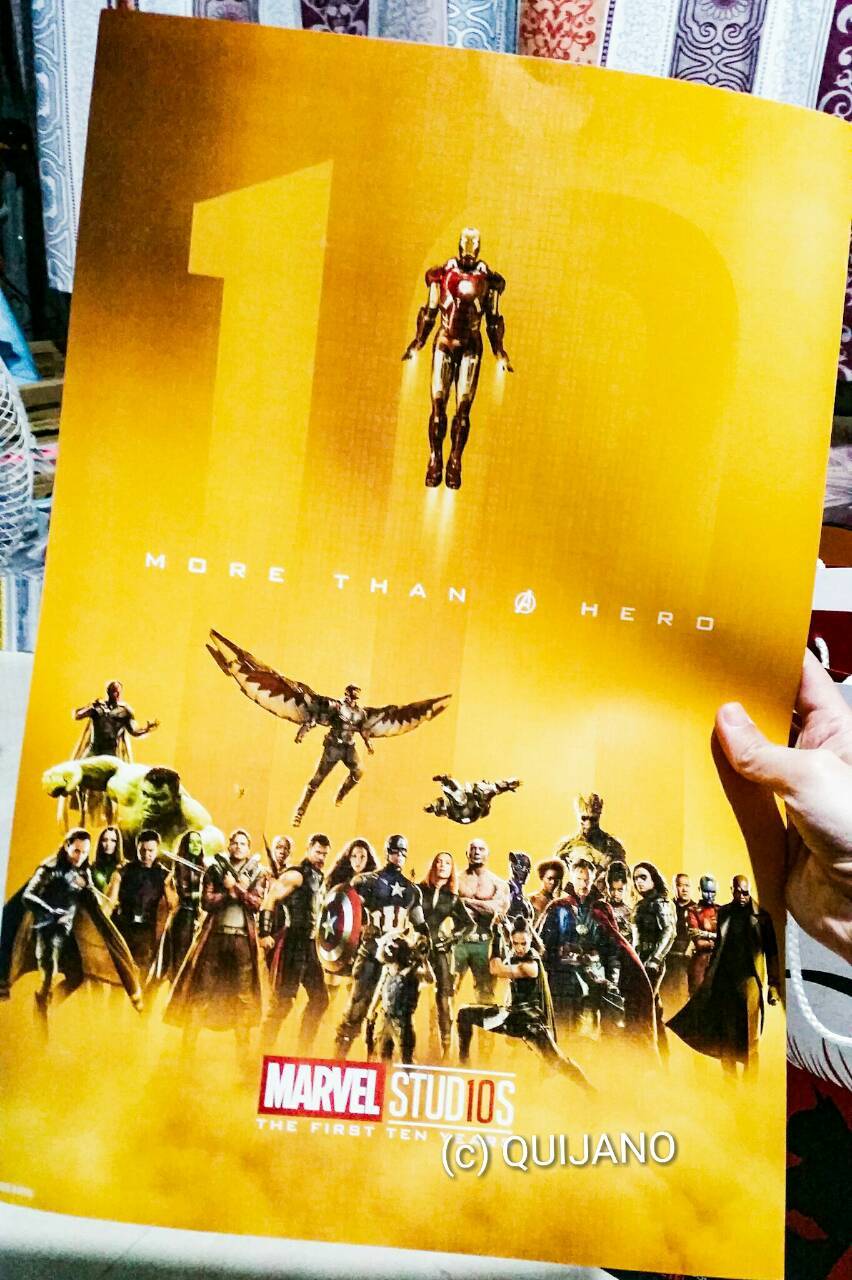 Avengers poster given out after Hall M. 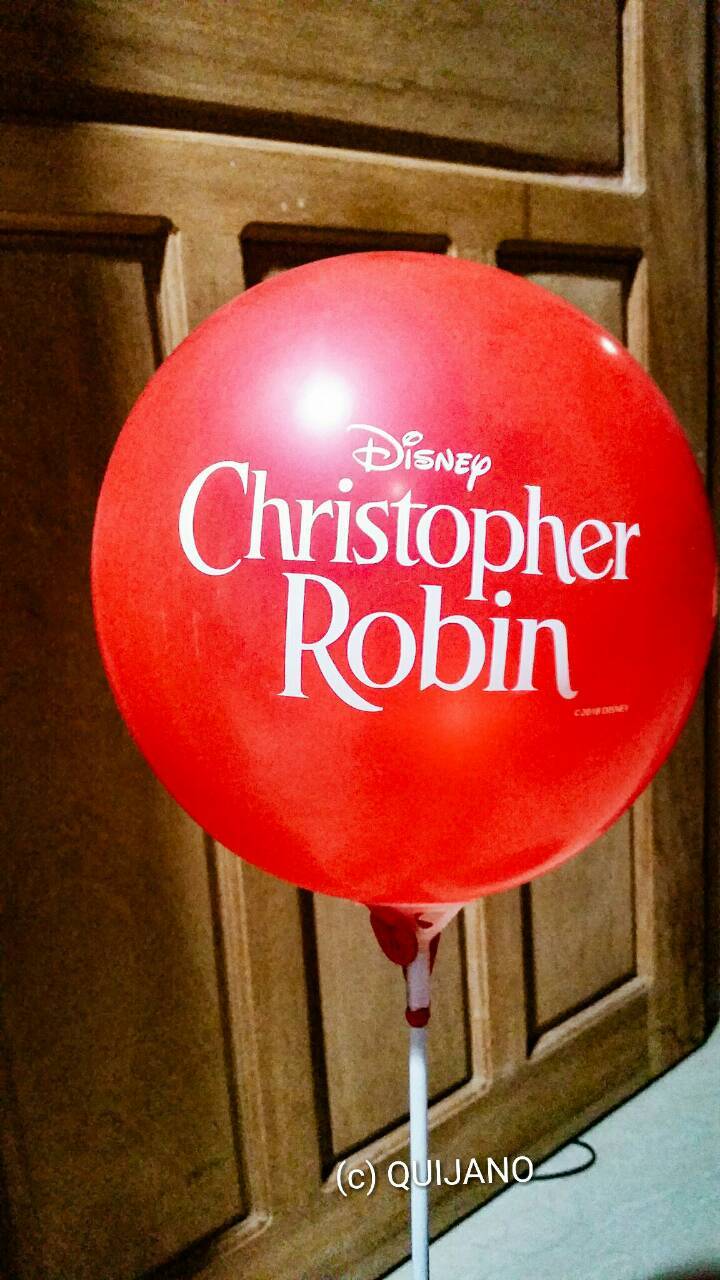 Christopher Robin balloon given out after Hall D.

Since the beginning of APCC in 2015, celebrity guests have always been part and parcel of what makes this convention fun. For this year, the celebrity guests were Osric Chau, Tye Sheridan, and Finn Jones. During the panel with Tye Sheridan and hosted by Joyce Pring, questions were asked and answered, especially about X-Men and Ready Player One. And just like the rest of us, Tye is just as clueless about the next phase of the Marvel Cinematic Universe (or he could be pretending he doesn’t know, but who really knows). 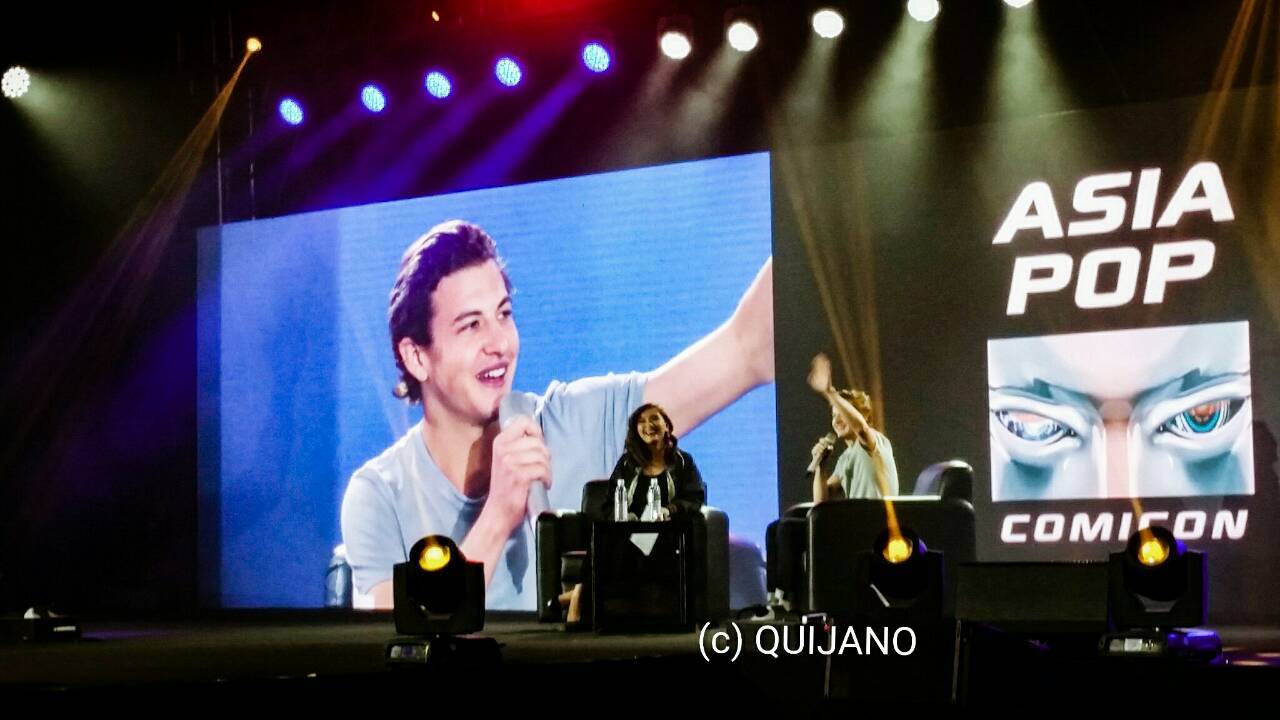 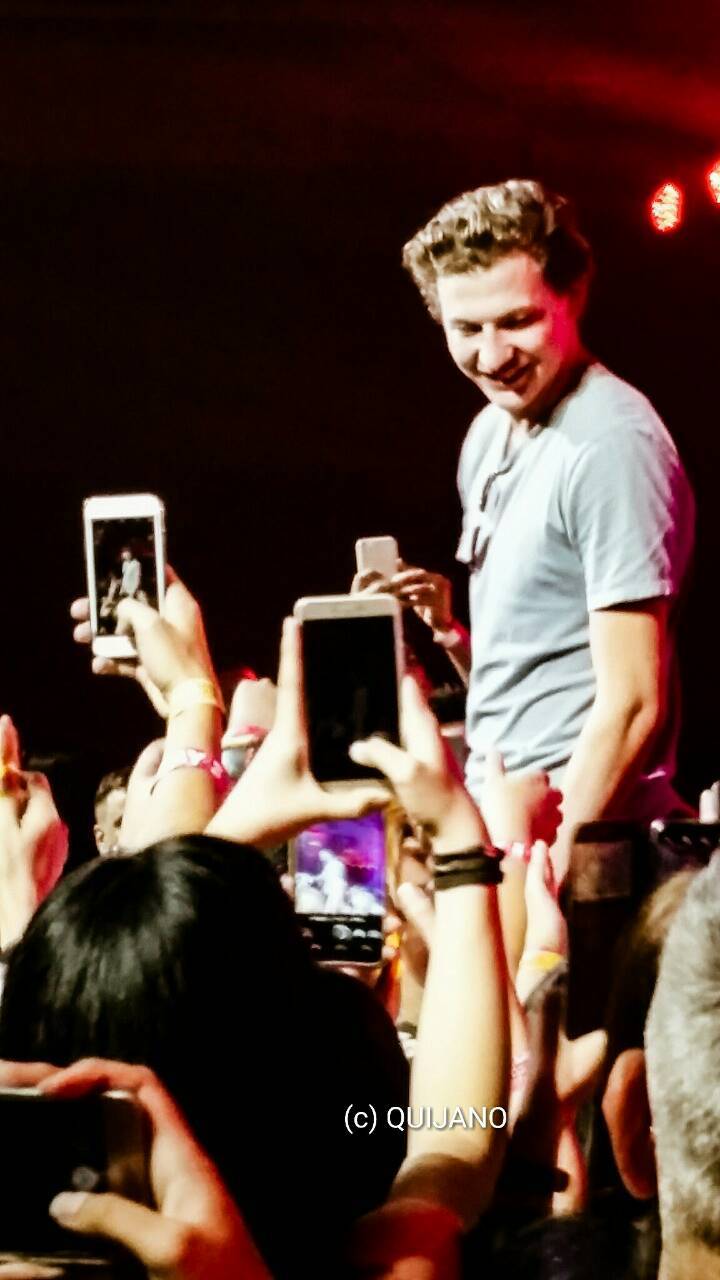 Up close with Tye Sheridan. 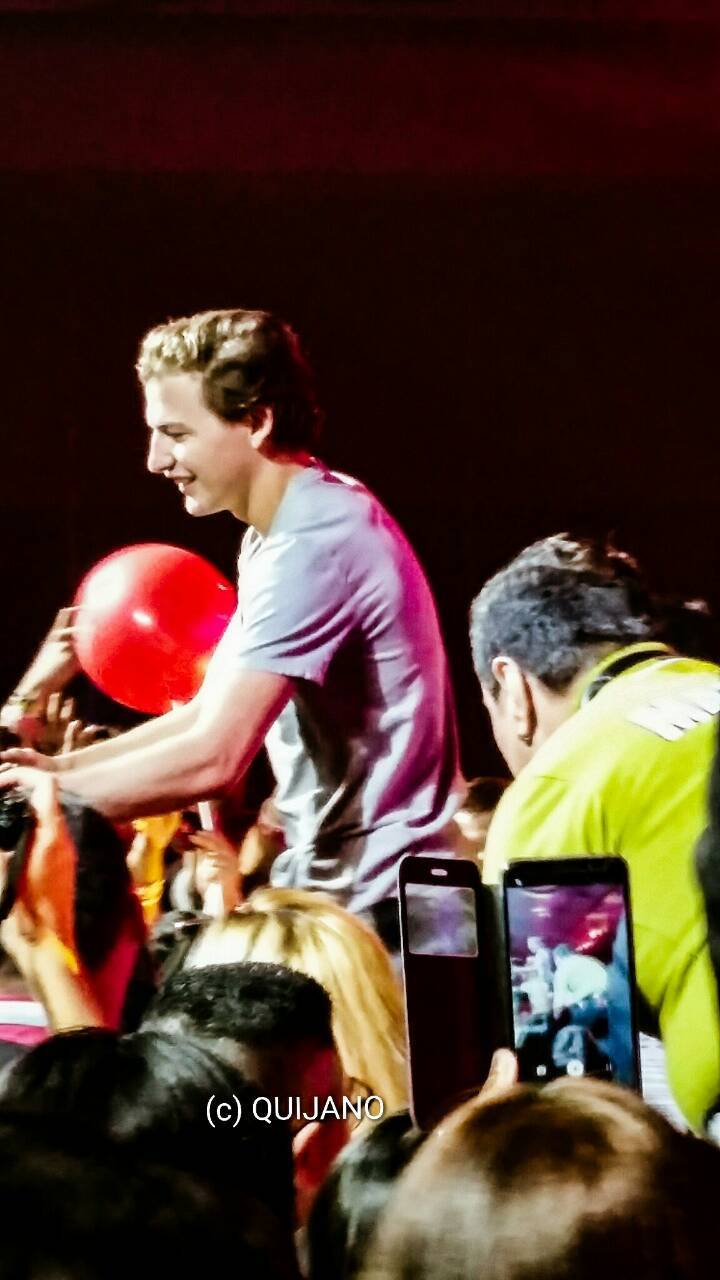 Finn Jones was the last celebrity panel we went to, and it was definitely a bit cosier than the previous ones. Most questions were about Iron Fist, The Defenders, the Marvel Cinematic Universe, and the occasional Game of Thrones question. We did get the confirmation that Luke Cage season 2 and Iron Fist season 2 happened before Thanos snapped his fingers. And whatever happens after the snap will most probably in season 3 of the individual shows and season 2 of The Defenders. 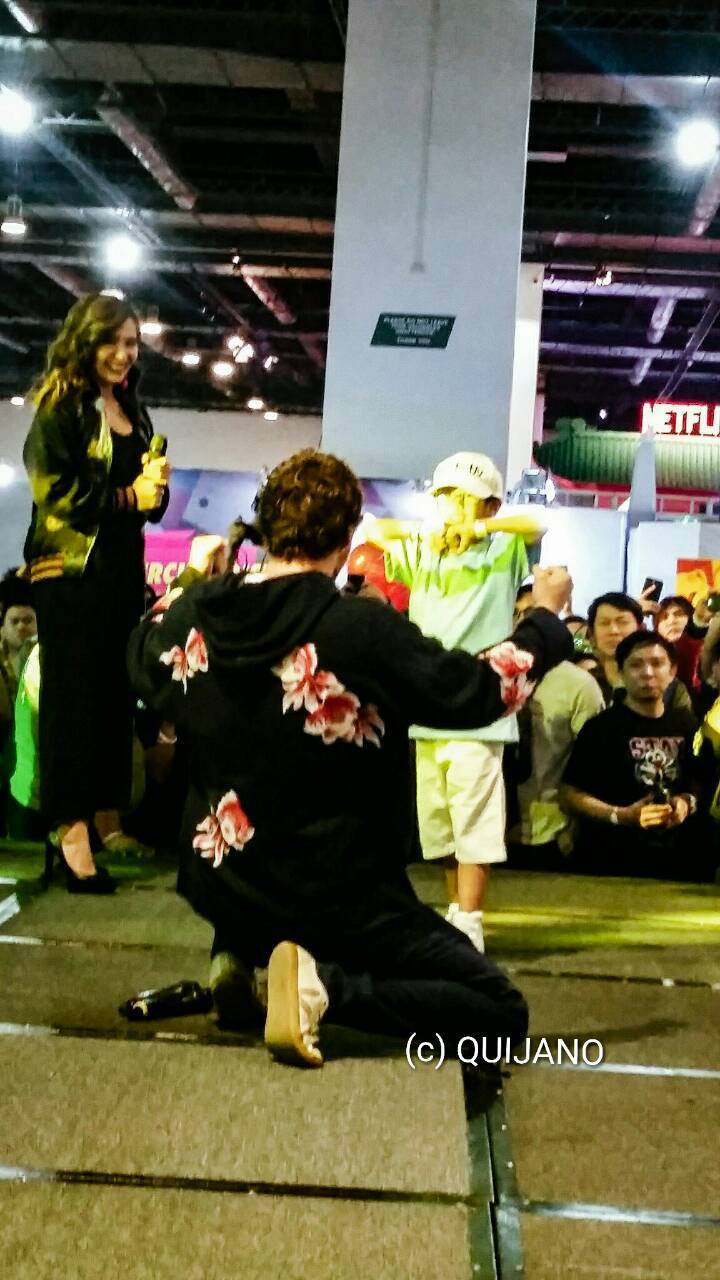 Finn Jones with a kid on stage. 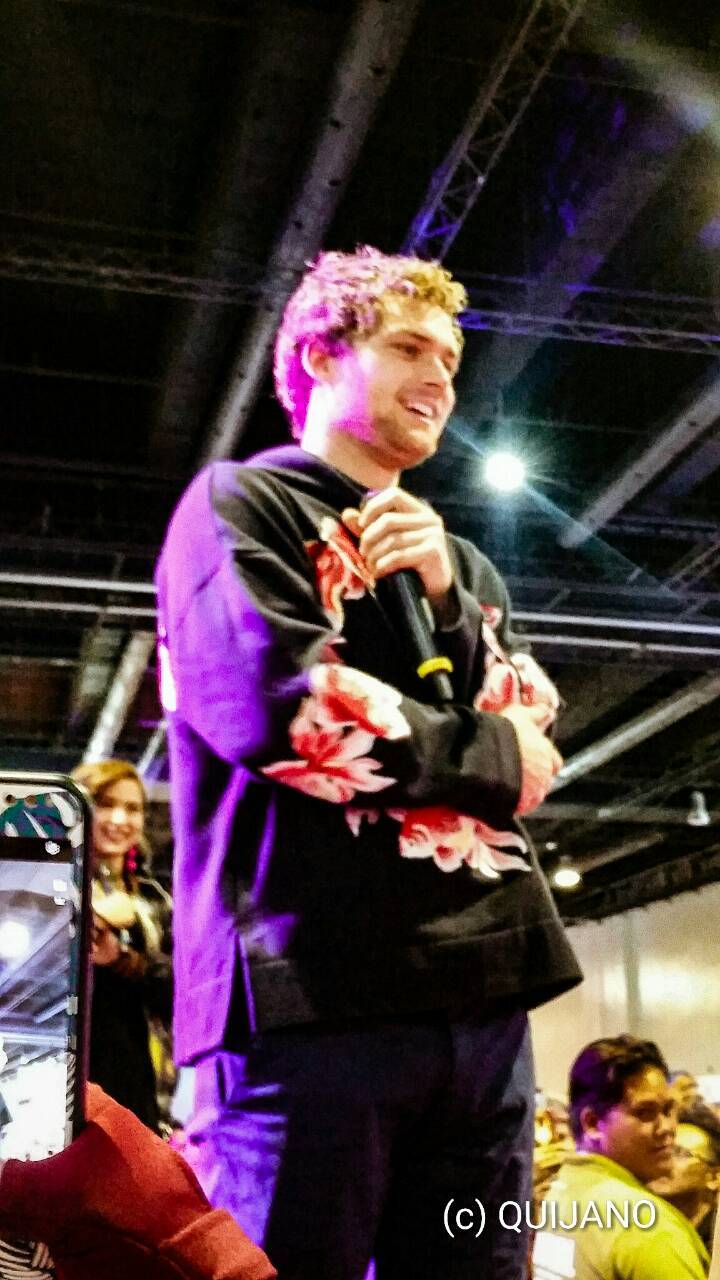 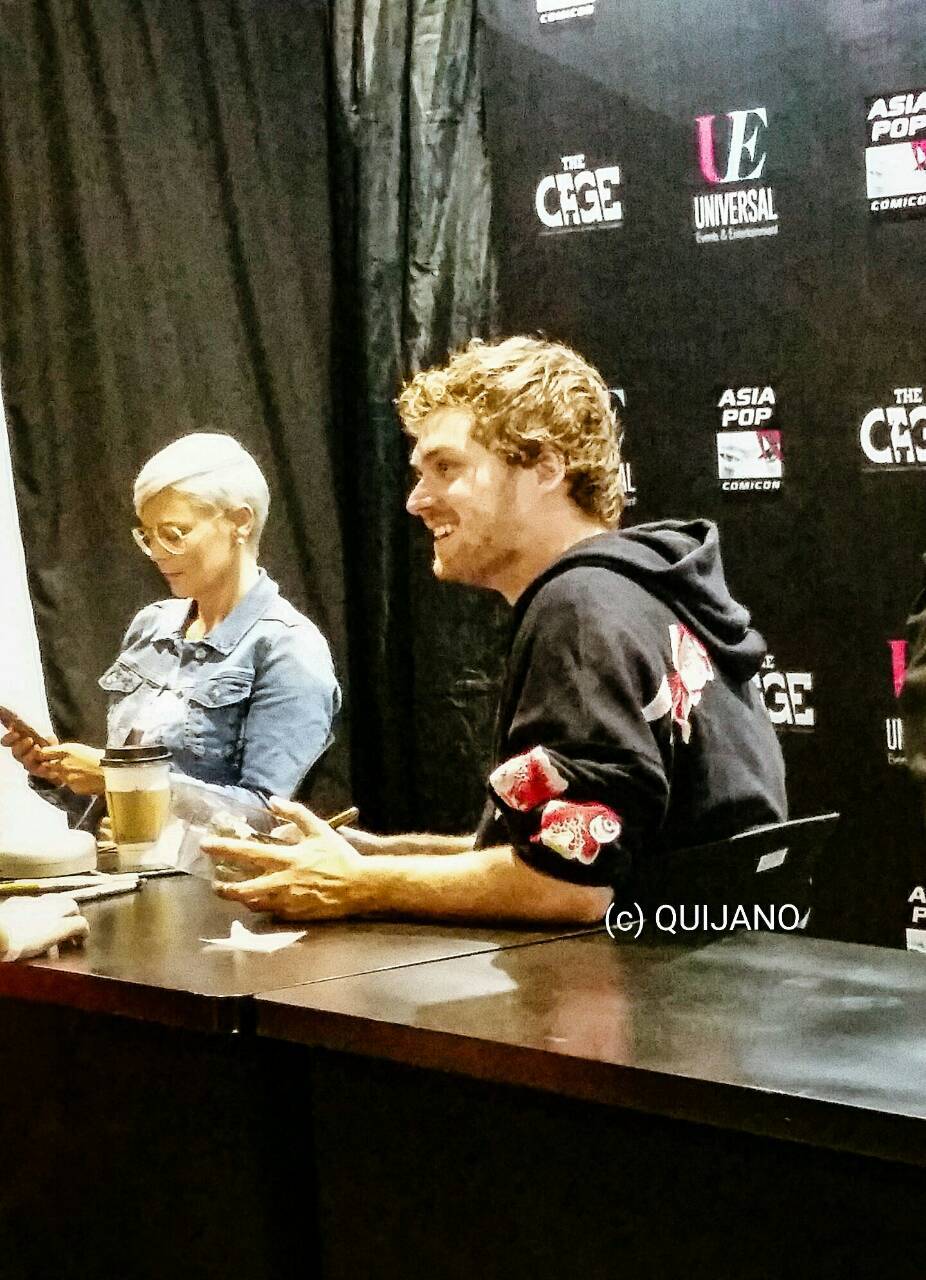 Finn Jones during his autograph signing.

The Creative Circle (formerly known as the Artist Alley) is a regular feature of APCC. The local and international artists were all over the circle, not to mention the prints and other goods and merchandise, which you can also have signed by the artists who made them. 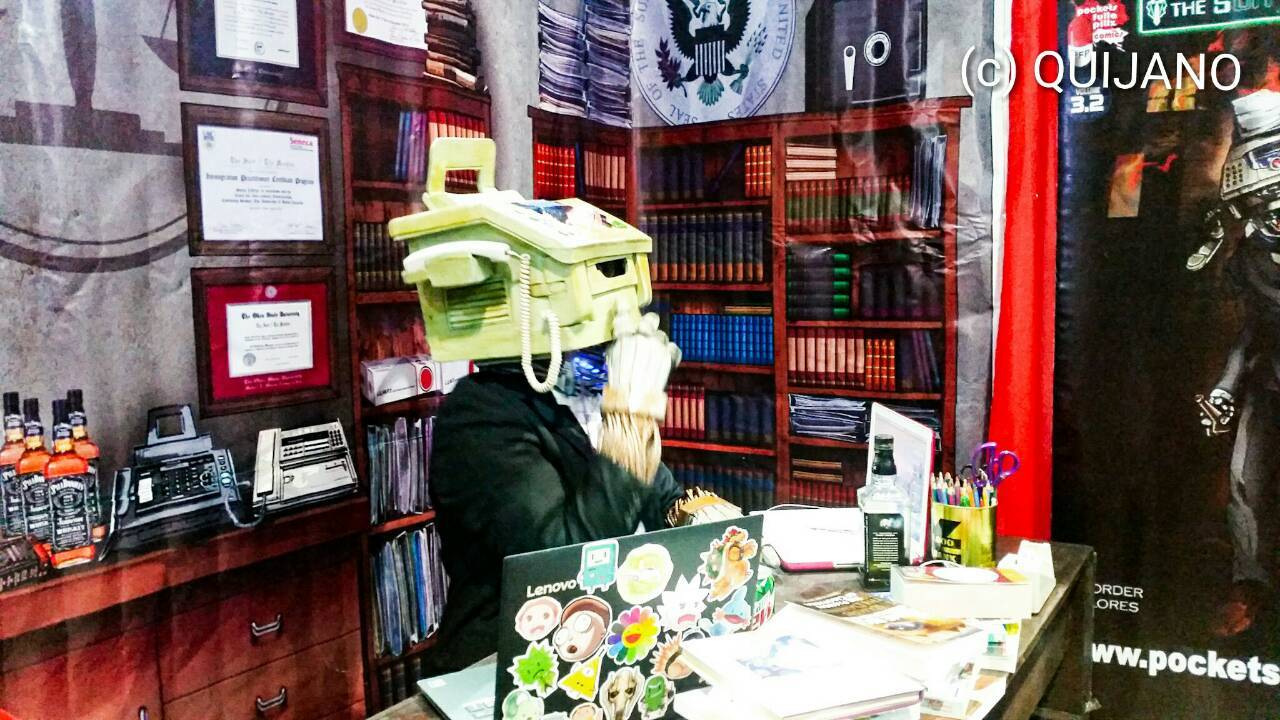 The Suit/The Machine at his desk, working the day away. 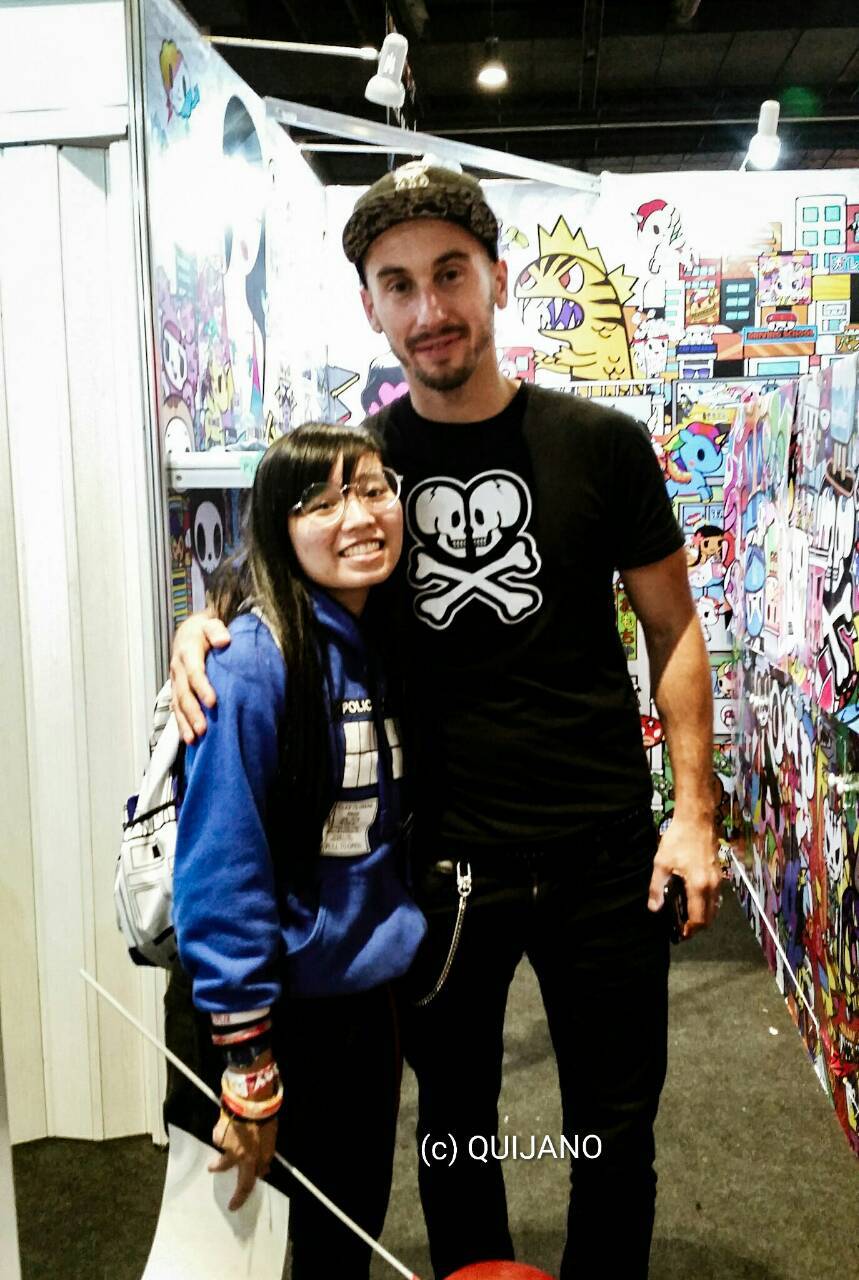 With Simone Legno of tokidoki. 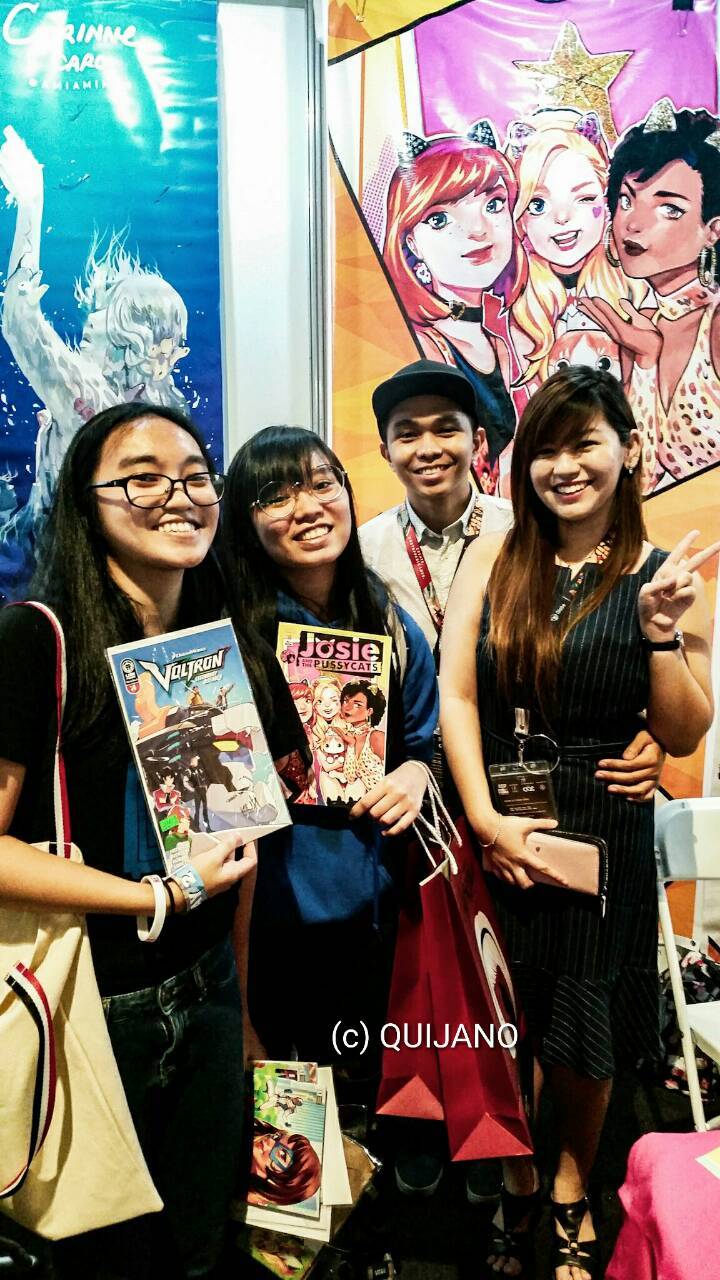 With Rian and Koi and the covers they made for Voltron and Josie & the Pussycats. 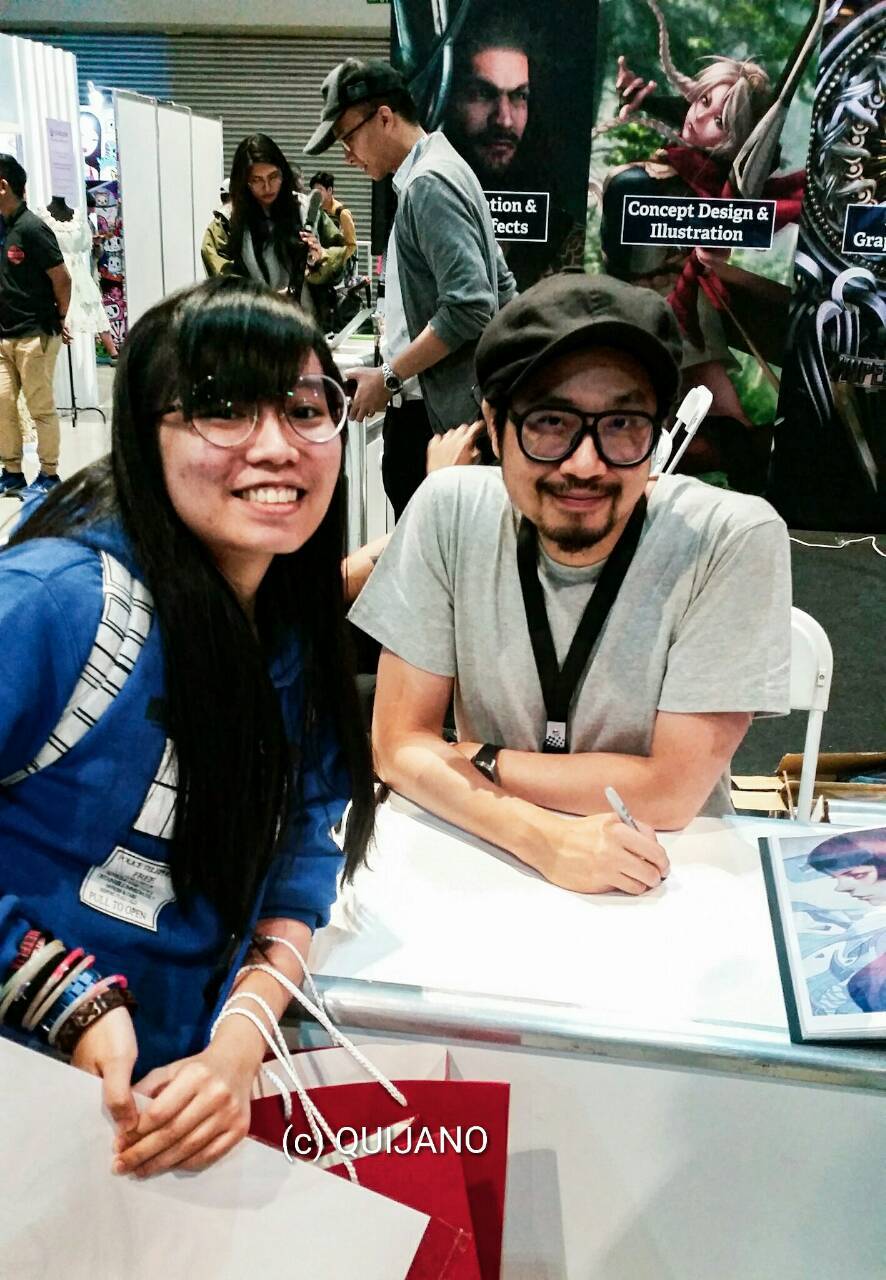 APCC has been growing since its conception in 2015, and it has since then made its way in our yearly routines. Geek and nerd culture has gone beyond just being for geeks and nerds; it has gone beyond to just being a sub-culture. It has flourished since then and the growth of APCC is testament to this expansion. Until next year, APCC!

A family of five engaged in liberal and fine arts with an affinity for food, travel, and everything in between. View all posts by lakadquijano