Under the heat of the Manila sun exists an enigma of a district. Art deco buildings stand tall and proud, remnants of decades long past; Chinese characters found in every shop, reminiscent of the cantons in Hong Kong; the smell of hopia and noodles mixes with the Manila streets. The Sunday pace much more melancholic than the usual days of busy and overcrowded Manila. One wonders what Jose Rizal and Nick Joaquin did in Binondo on Sundays whenever they found themselves in this otherworldly district in the capital.

And the enigma of Binondo and Escolta rises. 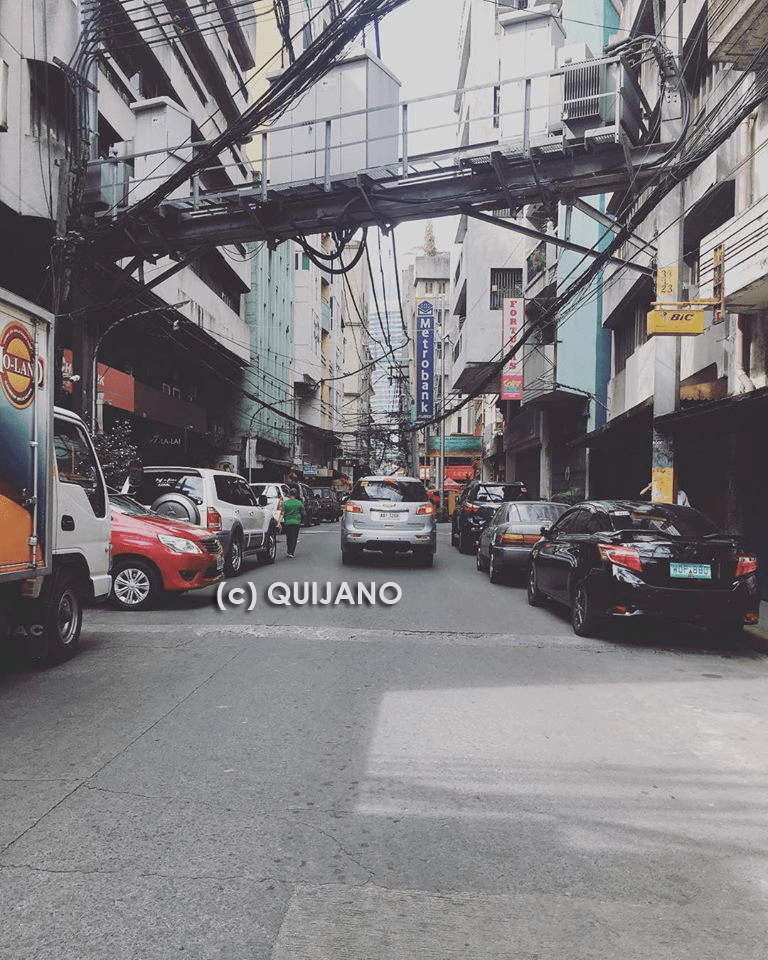 Sundays in Binondo were less crowded than the usual weekday affair. The occasional worker or two milled about their day, chatting about while carrying boxes of paper and tarpaulin posters. Quiet is the day in Binondo—except for the hustle and bustle of the numerous family restaurants in the district; it seems that the family restaurants never take a break. Even in the world’s oldest Chinatown, food is at the front and centre. 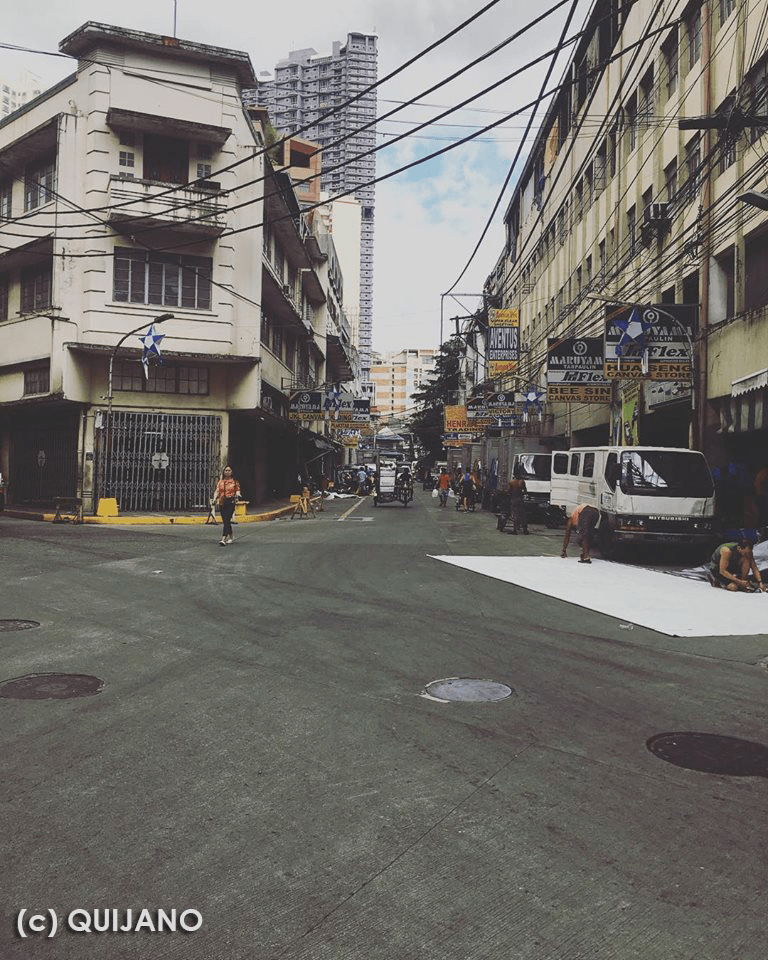 The fork road between Yuchengco Street and Sabino Padilla Street.

At the corner of Dasmariñas and Yuchengco sits a nondescript tea house. The chatter gets louder and the smell of food becomes stronger the closer you get to the teahouse. YingYing Tea House was full of people that when we were ushered into the second floor, we still had to wait in line as all tables on both floors were occupied. 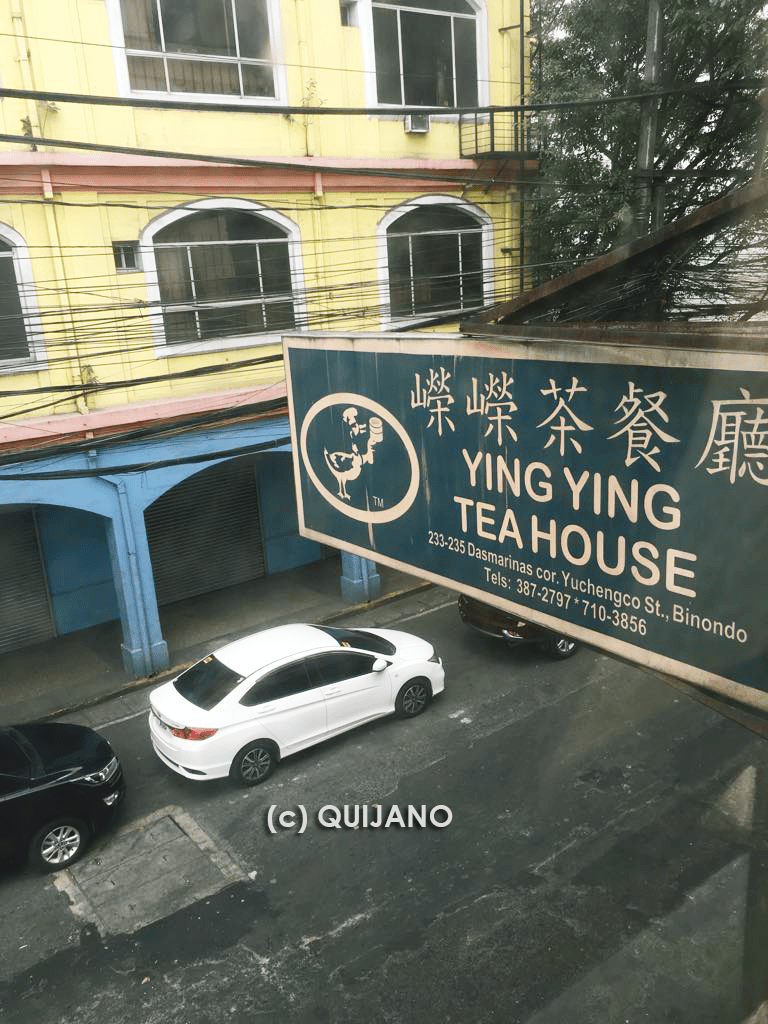 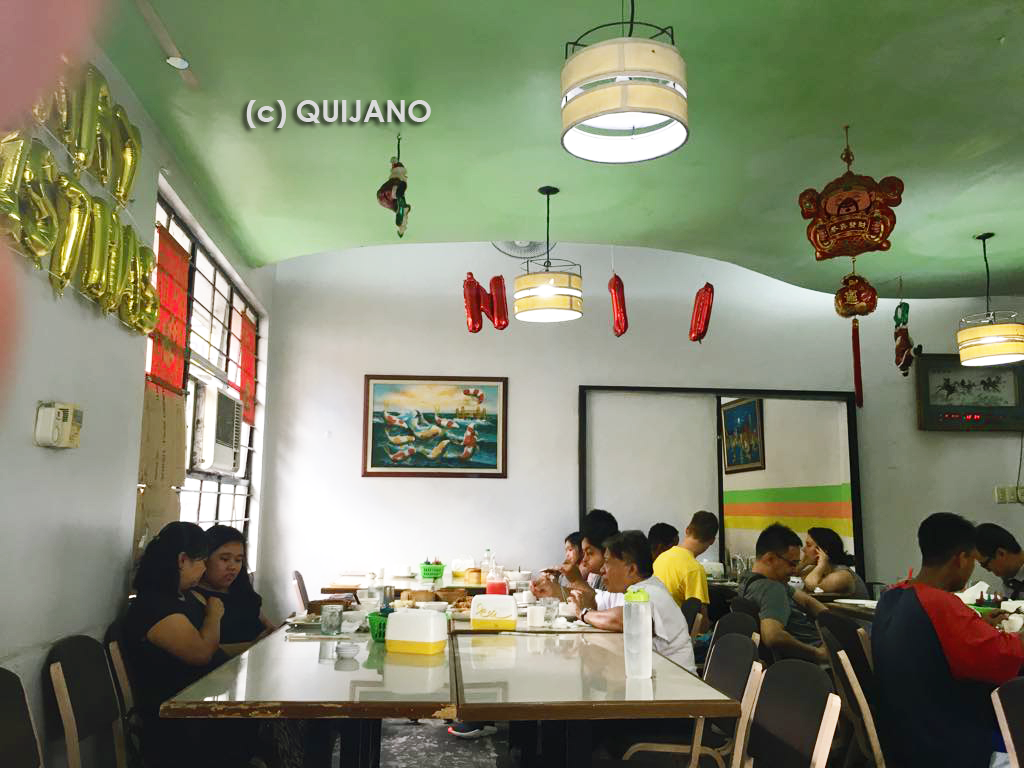 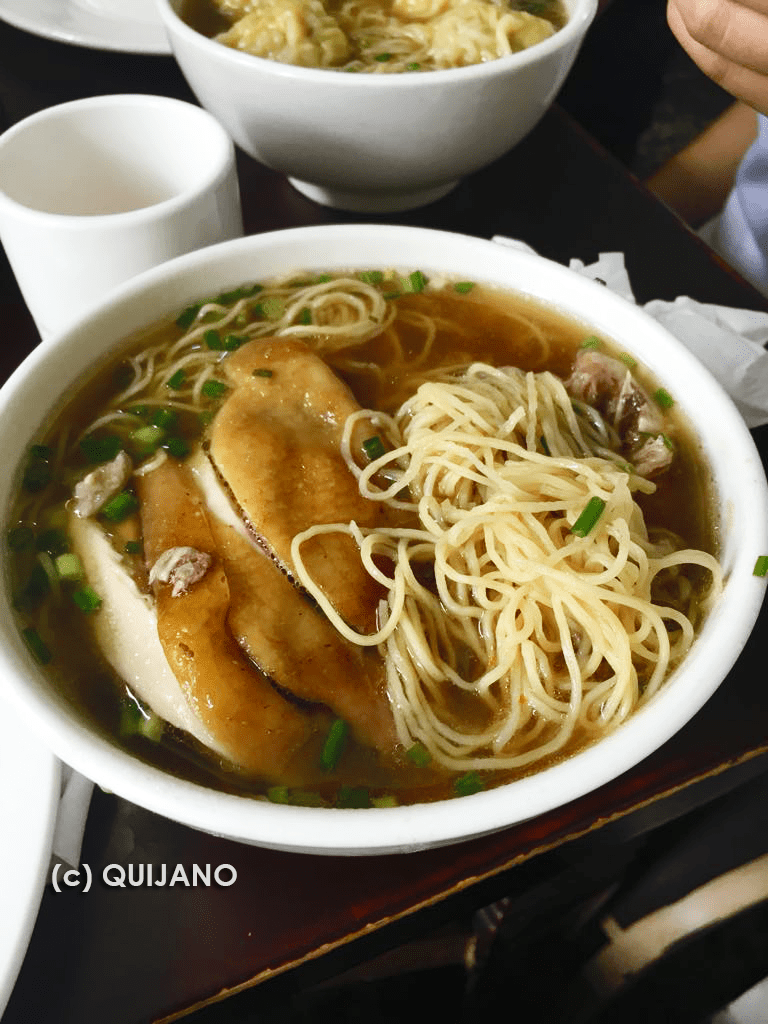 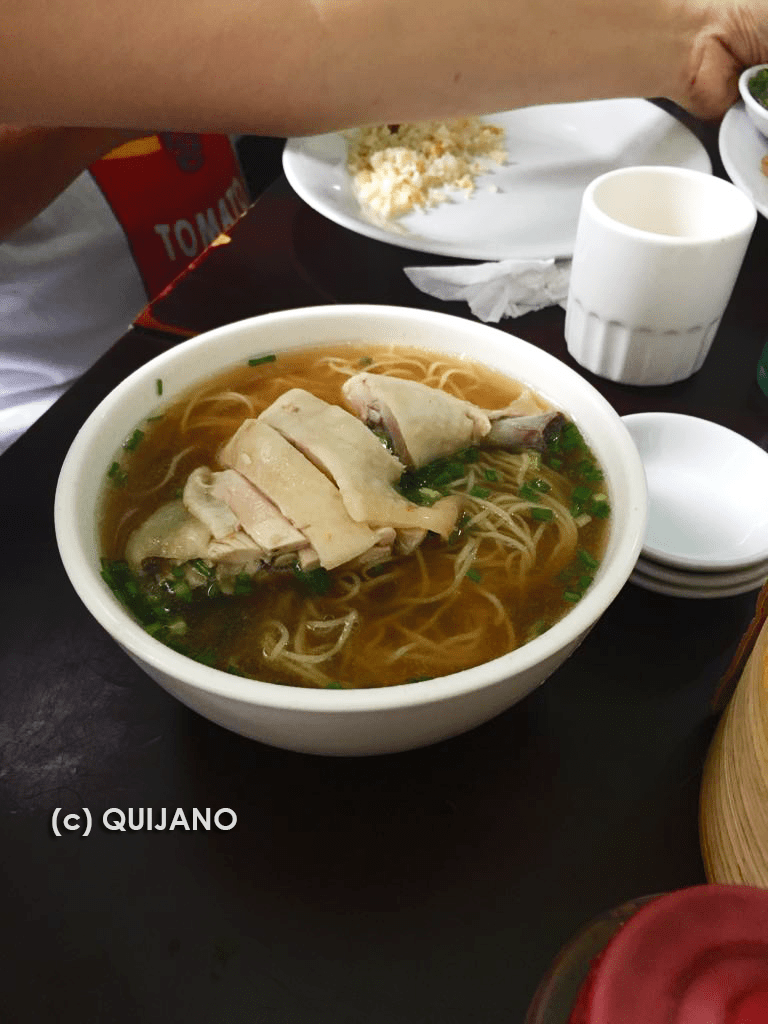 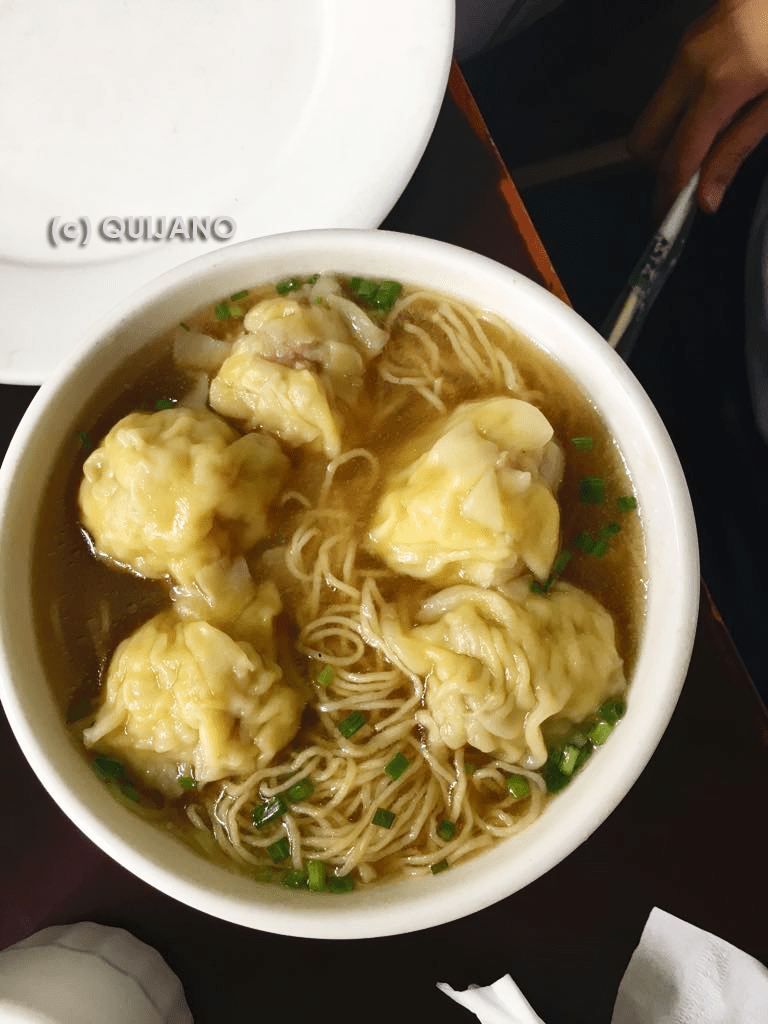 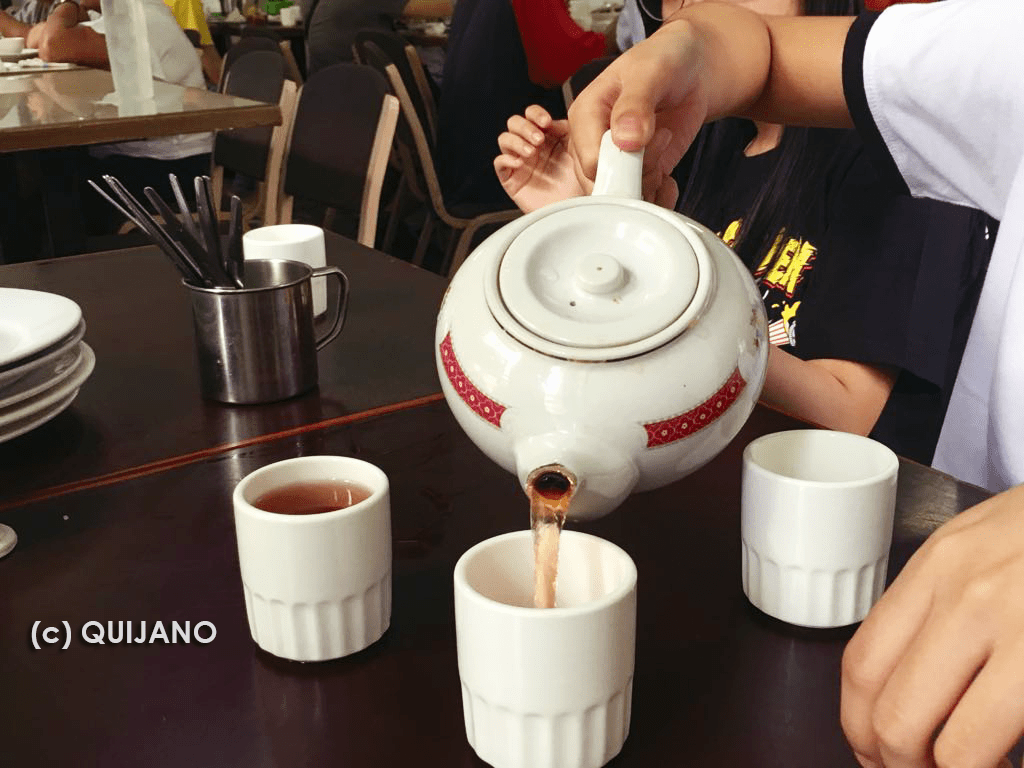 Chinese dimsum is always a good option. Chicken feet (PhP 70.00) and hakao (PhP 80.00) are our go-to choices, and these definitely whet our appetites. The hakao was particularly savoury, the filling just enough to make you crave for more. Dad couldn’t resist getting his favourite siopao, the Special Pao (PhP 70.00). 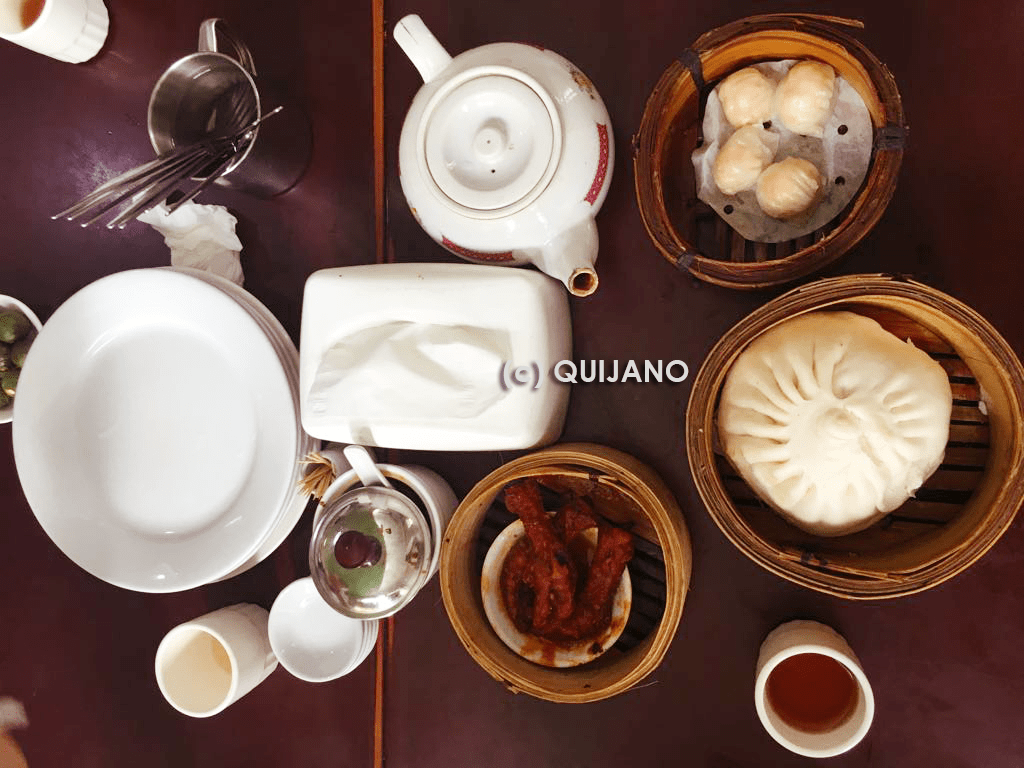 And just to add to the overload of food, small servings of yang chow fried rice (PhP 160.00) and assorted cold cuts (PhP 160.00) were also requested. The combination of the two was an explosion of flavours; paired with the noodles, it was a match made in heaven. 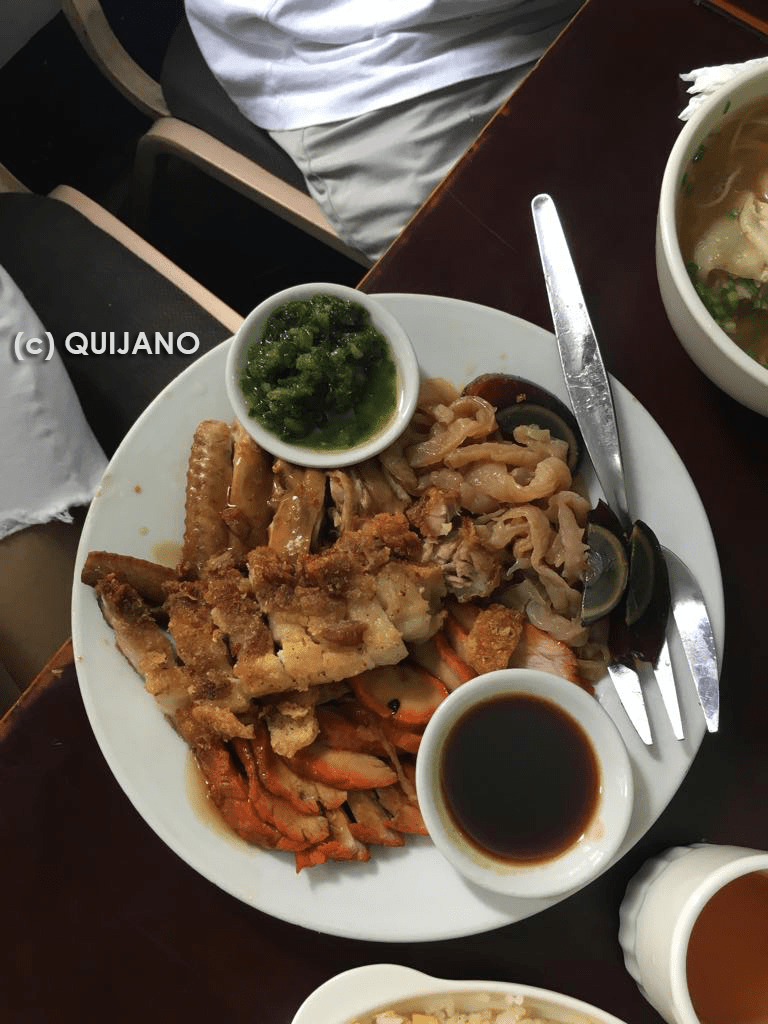 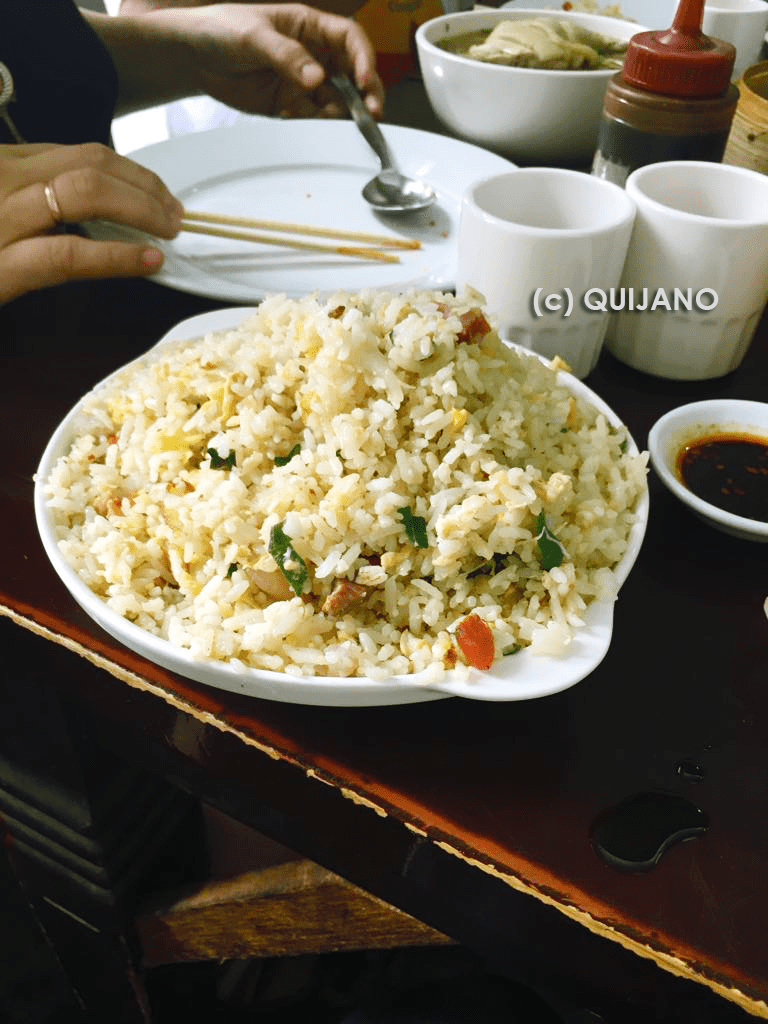 A few blocks away from the teahouse is the infamous Chinese delicacies shop Ho-Land. The parents’ agenda were the pork and mungo hopia, a bean-filled pastry similar to mooncakes infamous in Chinatown. Inside Ho-Land was more than just the usual hopia affair—it also houses tikoy, siopao, mooncakes, and other non-baked goods from other Binondo traders. 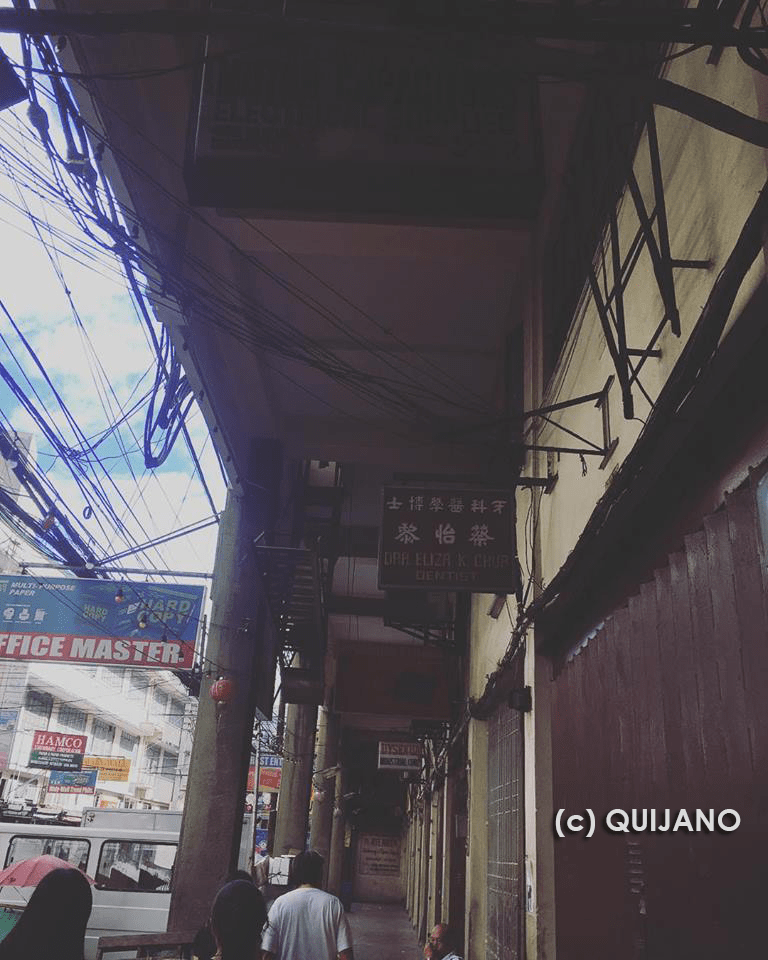 Signboards of the different commercial and individual businesses in one area of Binondo. 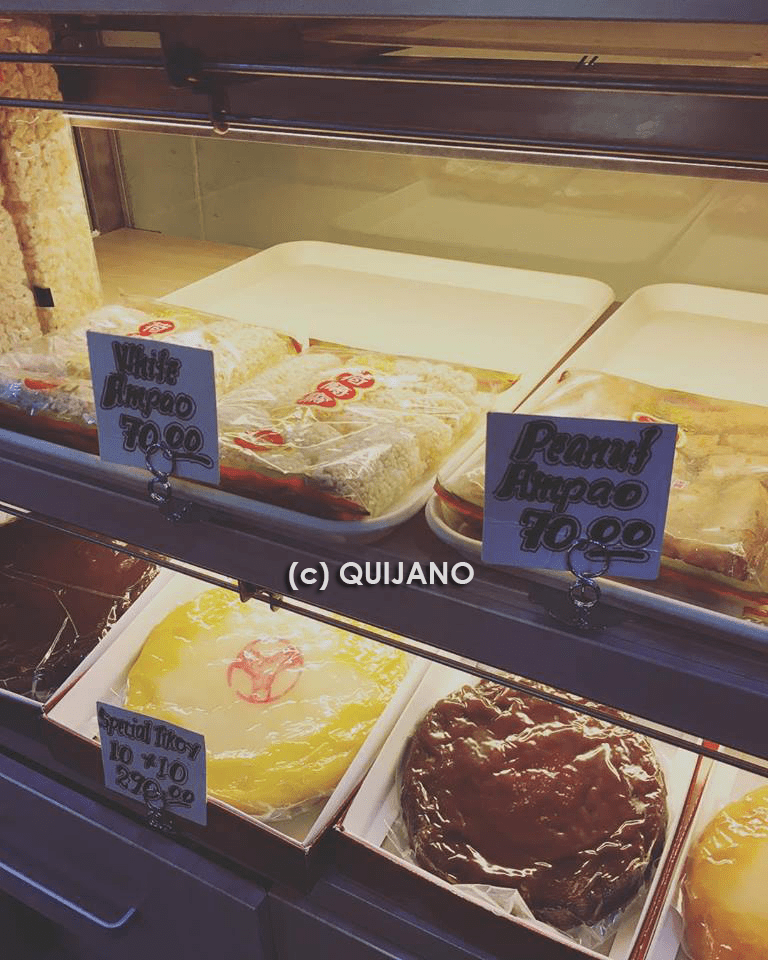 A few selections from Ho-Land: Home of Chinese Delicacies. 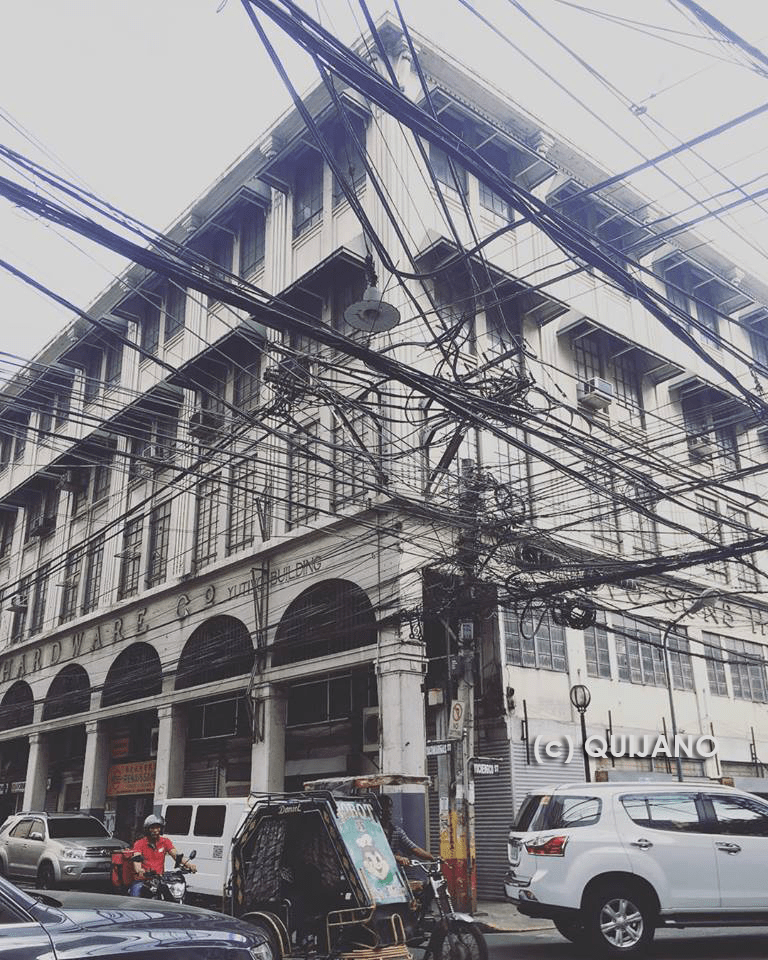 Binondo’s art deco skyline held that nostalgic feel for someone who never lived in the place. A reminder of a past lived in the present, not forgotten but rarely ever remembered (save for Chinese New Year). And yet Binondo remains steadfast in maintaining its own otherworldly image so different yet so integrated in Manila culture.

A family of five engaged in liberal and fine arts with an affinity for food, travel, and everything in between. View all posts by lakadquijano